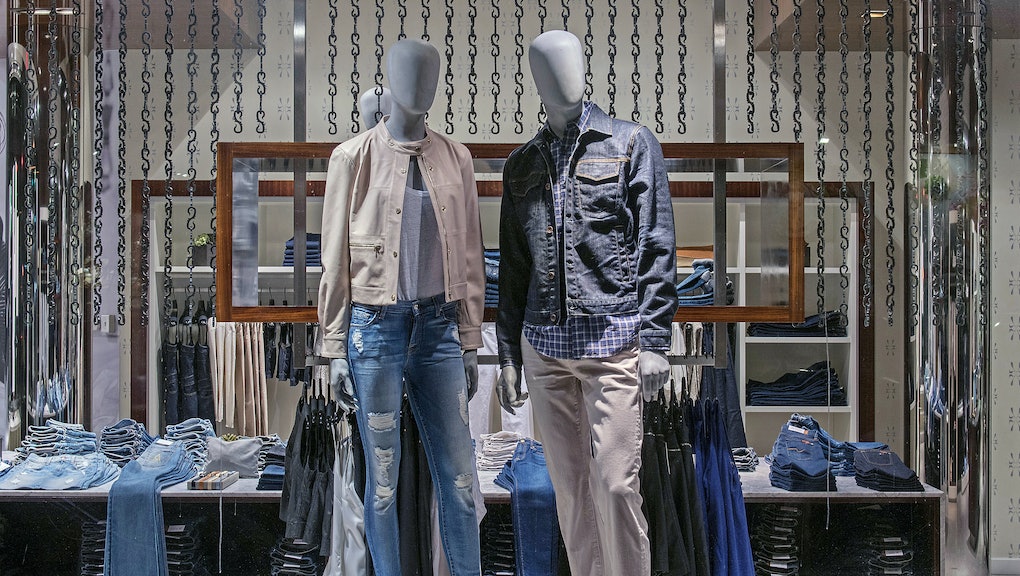 As the most powerful countries in the world hash out solutions at the 21st annual United Nations Conference on Climate Change, dozens of American clothing companies have signed a pledge to improve their practices for a "low-carbon, sustainable future."

The White House announced Tuesday that 73 new companies, including big-name fashion brands, had signed on to the American Business Act on Climate Pledge, bringing the total number of backers to 154. By signing on, the companies signal their support for a positive outcome at the Paris conference, as well as pledge to take active steps to reduce their own waste and build sustainable practices. This includes reducing emissions, increasing low-carbon investments and deploying more clean energy.

They're big promises with lots of well-trod jargon, but the point is this: Clothing companies need to get greener if we're going to truly address climate change.

The multi-billion dollar fashion industry is a significant contributor to carbon emissions and waste, in large part thanks to the "fast fashion" that's come to symbolize frivolousness and wastefulness: Americans throw out a reported 10.5 billion tons of clothing per year. Hazardous chemicals from fabric dyeing and finishing also contribute to up to 20% of worldwide industrial water pollution, and they also make their way into our clothes.

The White House pledge is but one effort to get industry to be more environmentally friendly, something other clothing companies not on this list are already doing, from making shoes with biodegradable soles to using organically grown fibers in fabric and sourcing materials locally.

The big companies on this list aren't all innocent, either. Nike, for example, acknowledged in 2010 that it needed to reduce greenhouse gas emissions and address the fossil-fuel generated electricity used at its factories. But the pledge represents a big corporate push in tandem with government, a huge step in the right direction. Here are the clothing companies and retailers that have signed onto the American Business Act on Climate Pledge.

The retailer pledges to "reduce water consumption through the installation of water-conserving plumbing fixtures, native and adaptive landscaping and weather tracking irrigation controllers," among other steps.

The big promise from Nike is to "reach 100% renewable energy in our owned or operated facilities by 2025."

VF Corporation (The North Face, 7 for All Mankind, Vans and others)

This conglomerate pledges to "use 100% renewable energy by 2025 at our owned and operated facilities."

The denim company promises that, by 2020, it will ensure "no forest-based materials that originate from the world's ancient and endangered forests enter into our supply chain."

The beloved chain is promising to dim the lights, with a "10% reduction in energy intensity-per-square-foot by 2020."

Yes, it sells clothes. This mega-chain says it will "double the number of on-site solar energy projects at our U.S. stores."