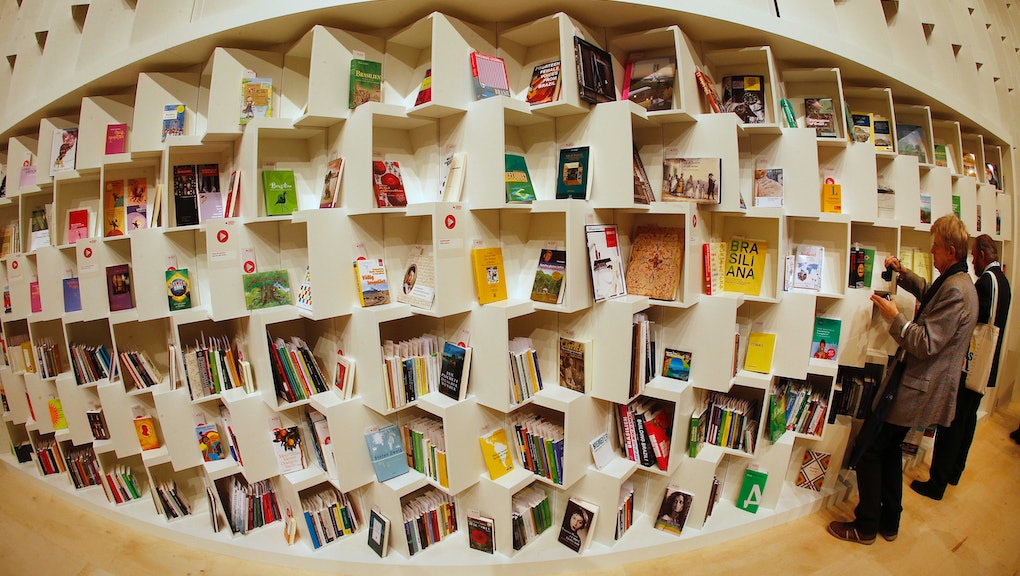 It's about that time of year when colder weather means many people would rather cozy up with Netflix or maybe a good old-fashioned book (probably on a tablet) than go outside. A variety of books, including one about the worst Tinder dates and the latest romance novel from writer Abbi Glines, are being released this December. Here's a list of the biggest books to hit shelves this month.

Tinder Nightmares, by the team behind the sarcastic Instagram account Unspirational, is a collection of the simultaneously best and worst Tinder date experiences that have been curated on the author's viral Instagram account with the same name. Glines' latest novel, The Best Goodbye, is the latest in her New York Times bestselling romance novel series. Tinder Nightmares and The Best Goodbye both hit shelves Dec. 1.

Here's a list of December's biggest book releases, per Publishers Weekly. (Disclaimer: An overwhelming number of diet books will be released conveniently around Christmas and just in time for New Year resolutions.)

Thinner in 30: Small Changes That Add Up to Big Weight Loss in Just 30 Days by Jenna Wolfe (Grand Central Life and Style, $28)

The Song of Hartgrove Hall by Natasha Solomons (Plume, $16)

The I Quit Sugar Cookbook by Sarah Wilson (Clarkson Potter, $27.50)

The Age Fix: Insider Tips, Tricks and Secrets to Look and Feel Younger Without Surgery by Anthony Youn (Grand Central Life and Style, $27)