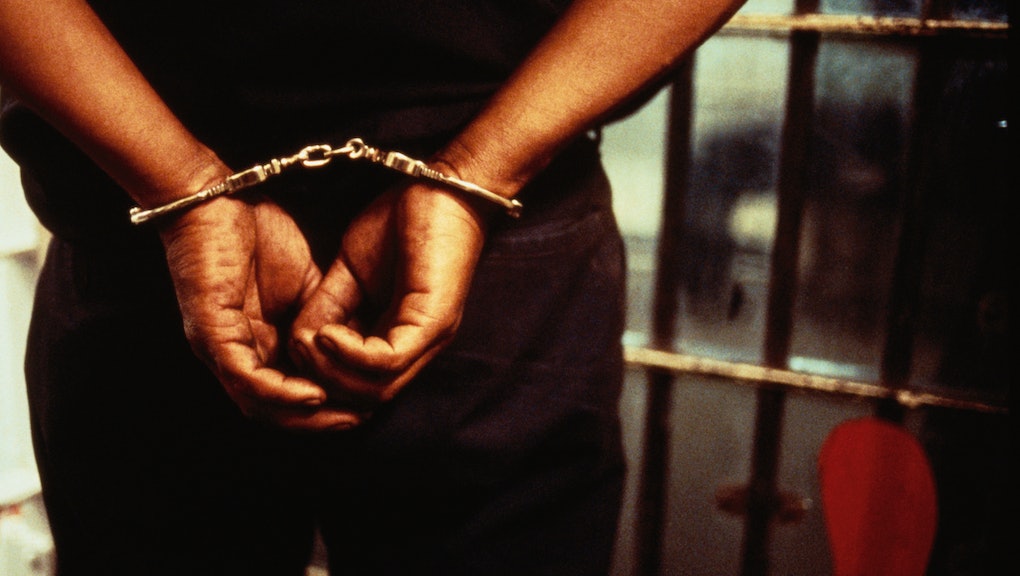 Illinois Is Ramping Up a Horrifying Practice Against Its Prisoners

This week, the Illinois criminal justice scandal making national headlines is the city of Chicago's attempted cover-up of a video showing a police officer shooting a black man 16 times, resulting in the officer being charged with first-degree murder. But there's another recent piece of news from the state that is similarly stomach-churning.

According to a Monday report from the Chicago Tribune, Illinois is ramping up the practice of suing former prisoners for huge sums of money for room and board while they were incarcerated. And the exploitative manner in which the state's corrections department pursues the lawsuits raises even more questions than the very act itself.

A few stories from the report:

• Johnny Melton was successfully sued for nearly $20,000 after a 15-month stint in prison, which swallowed up most of the roughly $31,000 he had won from a wrongful-death lawsuit after his mother passed away. When he got parole, he stayed in a homeless shelter.

• One inmate was sued for nearly $175,000 after he won a $50,000 lawsuit against the state's corrections department for not appropriately treating his cancer.

• Another inmate was sued for more than $450,000 for his time in prison after serving nearly 20 years. He had a prison bank account with $11,000 accumulated from a job while in prison making furniture for $75 a month, which was already subject to a 3% fee intended to cover incarceration costs.

There's a pattern to these stories: Prisoners who have a discernible sum of available cash are being slapped with the lawsuits.

The Tribune's report says that prisons can use a variety of methods to identify prisoners with assets and that they appear to be more likely to be targeted as a result of it:

All inmates fill out financial disclosure forms. Others rise to the attention of prison officials through tips or through having their mail read, according to a corrections department spokeswoman. That identifies inmates who receive, say, a bank or brokerage statement in the mail. What is not clear is whether there is a financial threshold that must be reached to trigger a referral to the attorney general's office, though all of the inmates who have been sued since 2010 appeared to have at least $10,000 in assets.

It's all completely within the bounds of state law and closely resembles the practice of jails pursuing former inmates for pay-to-stay jail fees, which are legal across most of the United States. In November, the ACLU released a major report documenting the practice of pay-to-stay jail fees in Ohio, which found that a 180-day jail sentence could result in a fine of close to $12,000.

Both these lawsuits in Illinois and pay-to-stay jail fees are characteristics of a criminal justice system that values punitive force over rehabilitation. If somebody has paid their debts to society through a stay in jail or prison, then charging them for their stay seems to be a gratuitous penalty. Given the significant number of prisoners  who return to a life of poverty upon their release — and have much more difficulty securing a job than before their sentence — the extra penalty has an almost sadistic quality to it.

In the case of the Illinois lawsuits, what's particularly stunning is the arbitrary way that justice is being administered. The specific former prisoners being targeted are chosen based on department needs and the financial status of former inmates, but those details bear no relationship whatsoever with the prisoner's original sentence or the manner in which they served it. In some of the situations in which the lawsuit is being administered, the targets of the lawsuits lack the right to a free lawyer, who might help lessen the final sum — all of which seems rather cruel and unusual.