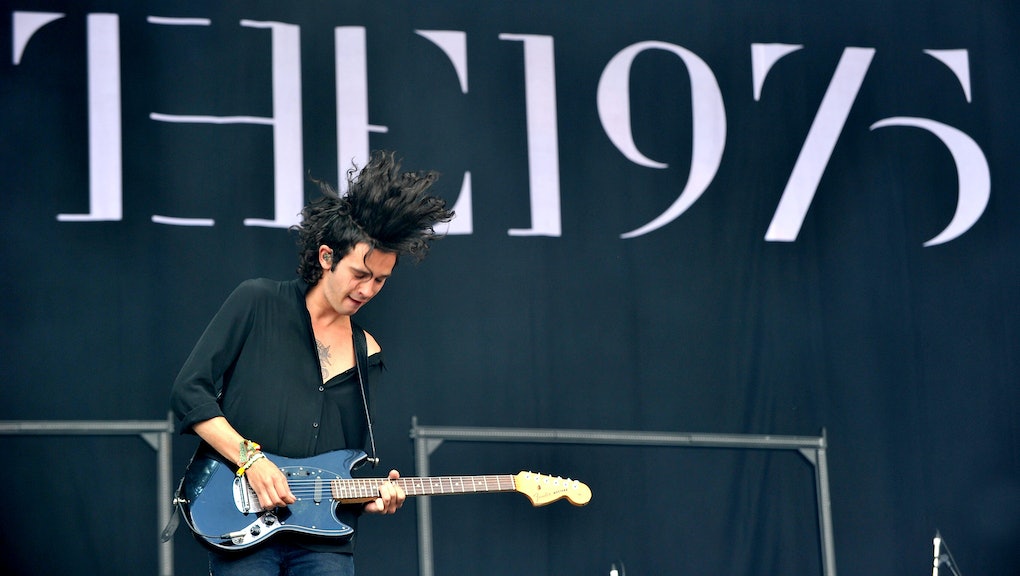 Manchester, U.K.'s own four-piece rock band the 1975 is gearing up to release its sophomore album, which the band announced it's calling I Like It When You Sleep, for You Are So Beautiful Yet So Unaware of It. The protractedly titled album follows up the group's 2013, self-titled debut, and is estimated for a February 2016 release date, per Spin.

The band is vocalist and guitarist Matthew Healy, bassist and keyboardist Ross MacDonald, guitarist and keyboardist Adam Hann and percussionist George Daniel — four musicians who met as students in 2002. The band's first record, The 1975, earned a mixed reviews upon its release. Pitchfork rated the record a 5.9, a less-than ideal rating to which reviewer Jayson Greene added some choice words: "For such a pop-oriented band, The 1975's songwriting has turned out remarkably stiff, cloistered, and unimaginative."

However, Greene was quick to compliment The 1975 on its "glistening and brilliant" production work, as did a reviewer via Absolute Punk, Ryan Gardner, who gave the album a 9.5 out of 10.

In advance of the album, the band released "Love Me," the record's first single and a cut whose sound may surprise long-standing fans. "Love Me" is much more of a funk track than are the retro-tinged rock songs the band has produced in past works. Yet building on vintage-style genres is beginning to be The 1975's "thing," and with "Love Me," the band has reached new peaks of categorical dynamism. Here's the video for the album's single:

While we wait for more details to surface surrounding the upcoming release, U.K.-based fans can brace for a mini-tour. The band will be touring next year beginning in July, with concert dates scheduled in London, Manchester, Glasgow and Birmingham. The band shared their tour dates in a November post to Instagram: