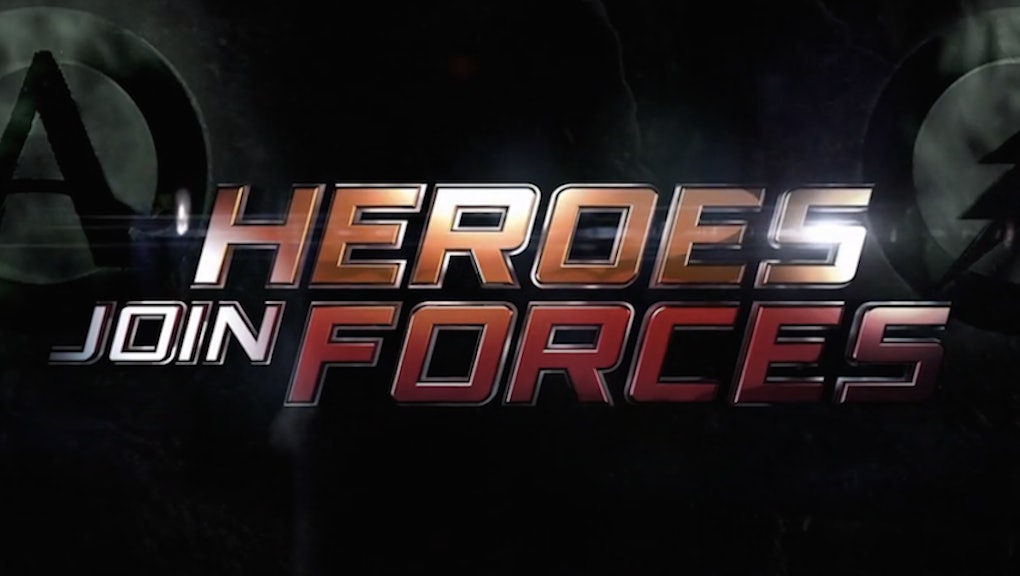 'Legends of Tomorrow': Watch 'The Flash' and 'Arrow' Join Forces in CW Prequel

Comic book readers and fans of CW's hit TV shows The Flash and Arrow are in for a treat beginning Tuesday night. Both shows and their DC superheroes are teaming up for a second time, combining both story lines into a two-part TV event for the ages. The two parts are titled "Legends of Today" and "Legends of Yesterday." The special crossover event is essentially the prequel to the highly anticipated new series Legends of Tomorrow, which airs Jan. 21.

"With last year's episode, obviously it was the first time we'd ever done it, and we were very conscious of not everybody who was watching Flash was watching Arrow and vice versa, so we wanted to make sure they both were self-contained episodes," Andrew Kreisberg, a producer for both shows, recently told reporters, according to Comic Book Resources. "This time around, given the success that we've had previously and how people are viewing this as much more of a collective, shared universe, we felt emboldened, and our partners at CW and Warner Bros. were more supportive."

On DC's Legends of Tomorrow storyline, Warner Bros. wrote, "Having seen the future, one he will desperately try to prevent from happening, time-traveling rogue Rip Hunter is tasked with assembling a disparate group of both heroes and villains to confront an unstoppable threat — one in which not only is the planet at stake, but all of time itself."

A trailer for the forthcoming series was posted to Twitter on Nov. 24:

Check out a trailer for the two-part prequel on the CW website.