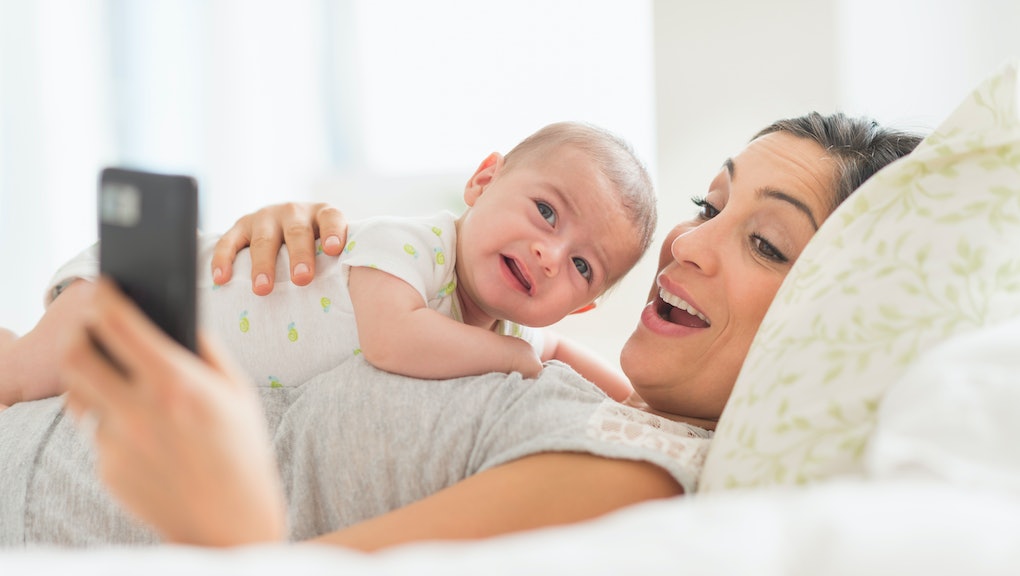 Whoever said you shouldn't judge a person by their name probably never met a kid named Inkwell.

A hot new trend in parenting is naming children after Instagram filters, according to the baby-name site BabyCenter.com. BabyCenter gathered the names of 340,000 babies born to the site's registered users over the past year and found that some of the highest-rising names are social media-inspired monikers like Valencia and Ludwig.

With more than 400 million monthly active users, Instagram is undoubtedly having an impact on modern culture. "This is the first time we've seen technology breakthrough as a source of name inspiration," Linda Murray, BabyCenter global editor in chief, said in the press release.

One problem with these findings: It's not entirely clear where BabyCenter got these numbers; data for these names on the site itself doesn't seem to match up to the percentages mentioned in the press release. According to BabyCenter's website, the name Lux has risen in popularity from 2014 to 2015, but not by 75%. In 2014, 10 in 1 million babies born in the U.S. were named Lux, compared to 16 in 1 million in 2015. That's actually a 60% increase.

Mic has reached out to BabyCenter to sort out these discrepancies. We'll update when we hear back.

Some of these newly popular names possibly came from other origins. For example, according to Social Security data on BabyCenter.com, Juno started to increase in popularity from 2007-2009, after the movie Juno came out. Still, a significant number of new babies share names with Instagram filters.

Some advice: If you insist upon naming your little one after a photo filter, at least pick something that sounds real, like Sierra. The preschool classes of the future may be full of Ginghams, Cremas and Clarendons if we're not careful.