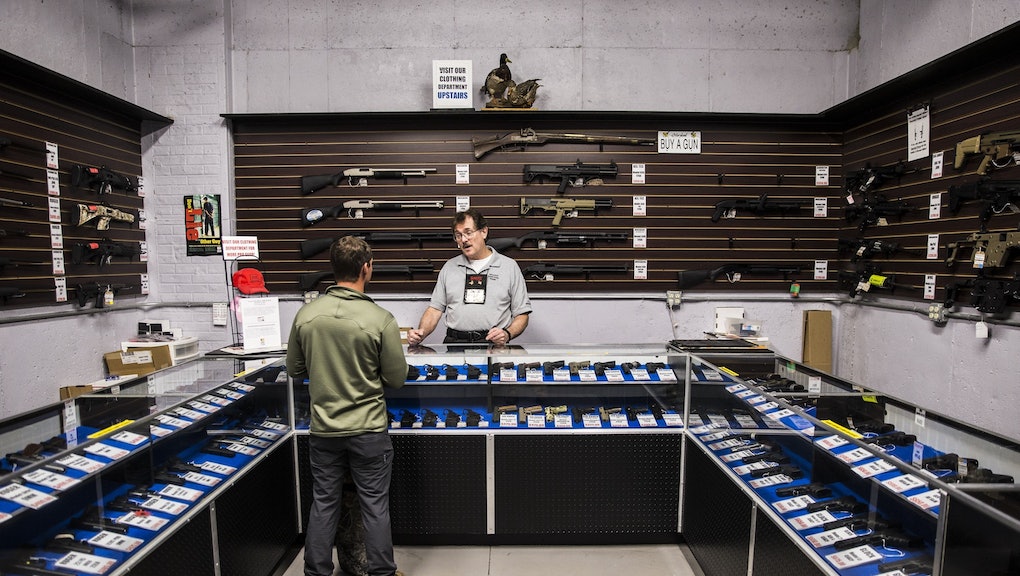 The manic day of huge discounts and rampant consumerism after Thanksgiving saw 185,345 background checks for firearm ownership — or about two every second — the highest number in a single day. It was the same day a man opened fire on a Colorado Springs, Colorado, Planned Parenthood clinic, killing three.

The 2012 record occurred one week after the Dec. 14 Sandy Hook Elementary School shooting in which 20 students and six adult staff members were killed.

Background checks, however, do not necessarily correlate with gun sales. The National Instant Criminal Background Check System, which processes the FBI's background checks, is used both when purchasing firearms from a store or dealership with a federal license or simply for a gun permit.

The United States has the highest ratio of firearms to civilians in the world, with 0.9 guns per person and — perhaps not surprisingly — it also has the highest firearms homicide rate, according to a report by the Council on Foreign Relations.

But exact numbers can be hard to predict. A 2012 report from the Congressional Research Service estimated that there are now more guns than people in America.

As mass shootings become more and more a part of the fabric of American culture, the hotly contested debate of gun legislation wages on. If Black Friday numbers are any indication, it's fair to assume Americans won't be surrendering their arms anytime soon.