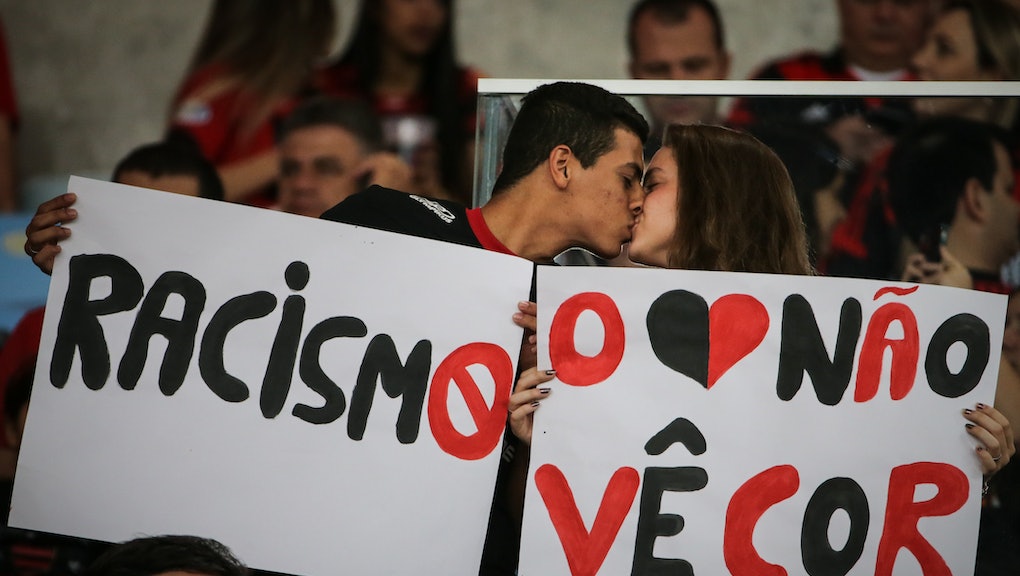 In Brazil, there is a saying: "É melhor prevenir do que remediar," which essentially translates to, "It's better to prevent than to fix." A group by the name of Criola, whose "Virtual racism, real consequences" campaign has been displayed on billboards across parts of Brazil since the summer, has sought to eradicate online racism and hate by doing just that.

Criola's mission: Confront racist Internet trolls who hide behind the privacy of their computer screens by exposing them to the communities they live in. "Those people [who post abuse online] think they can sit in the comfort of their homes and do whatever they want on the Internet," Criola founder Jurema Werneck told the BBC. "We don't let that happen." How the group has gone about doing so, however, is where the campaign gets interesting.

Criola analyzes geotagging data via Facebook and Twitter to determine a person's location at the time they posted a hateful message. Afterward, Criola purchases advertising space on billboards near the geotagged location and displays the messages for the world to see, according to the BBC.

However, as Adweek noted, the profile images and identities associated with each post are blurred, as Criola's goal is to "raise awareness and start a discussion" rather than continue the spread of hate.

The campaign began after Maria Júlia Coutinho, a weather forecaster for a major news outlet in Brazil, was inundated with racist comments and hateful messages on the show's Facebook page over her photos.

According to Adweek, one message states, "GFY [Go Fuck Yourself] dirty nigga, I dunno you but I was myself."

Another reads, "A black girl named 'Maju'? You can't complain about prejudice, GFY."

"If she bathed properly, she wouldn't get that grimy," another read.

At the bottom of each billboard, another saying can be found: "Virtual racism, real consequences. Criola. In defense of black women."