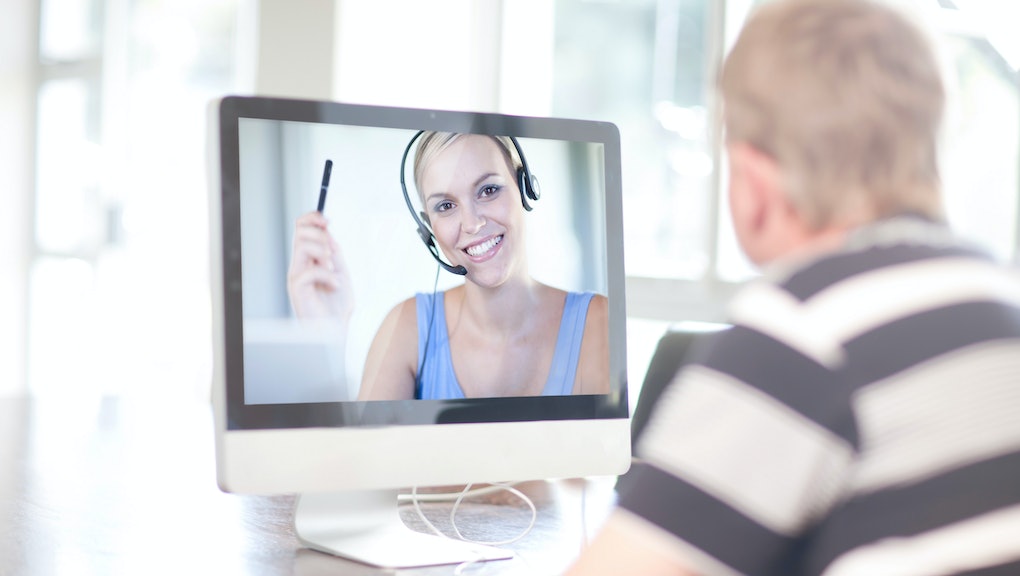 Starting this week, Comcast's 300-gigabyte data limit expanded to five more states, making the admittedly unnecessary policy reach 15 states total. The cap means that, for every 50 GB used after the 300-gigabyte limit, the user is charged $10. And to be clear, this isn't for mobile data; it's your home Internet connection.

That's a drag in general. But as Marketplace pointed out, for people in the deaf and hard-of-hearing communities, being fined for having unfettered access to the Internet means, in some cases, not being able to communicate.

Many people in the deaf community use Video Relay Services, which involve calls between a hearing person and a non-hearing person using a sign language interpreter to mediate via Internet video chat. There are also video remote interpreting companies, which are contractors used for both deaf and hard-of-hearing clients as well as non-English-speakers. In both cases, as video technology and Internet speeds improve, many services that use on-site interpreters are switching over to video chatting.

"Video remote interpreting companies, different than video relay service (which is funded by the FCC), are becoming widely used in hospitals and other environments to be able to get interpreting services on call and by the minute rather than on-site interpreting," Michelle Monahan, owner of Clarity Interpreting, told Mic.

"I can't tell you how many times I've heard frustrating stories about being disconnected or having poor video connection due to network issues," she said. "It adds stress to an already stressful situation."

To use VRS or video remote interpreting, a deaf individual will always need an Internet connection to have a conversation. Even a minute of high-definition video chatting can take up several megabytes of data — though, according to Comcast's own data calculator, 100 minutes of video chatting uses 0.3 GB.

While that sounds like data pennies, it stacks up when a household is streaming video, playing Xbox, checking email, downloading music and doing any other Web browsing.

For the deaf community, putting a cap on data is the same as fining hearing people for talking on the phone, and it stifles their ability to communicate with the outside world.

"It's discriminatory to people who rely on video relay services because people who are hearing don't require the Internet to communicate," Heidi Johnson, an American Sign Language interpreter in New York, told Mic. "Even when the Internet connection is slow, it can affect the livelihood of someone who uses VRS to communicate for business. So limiting their ability to access the services they need limits everything they do."