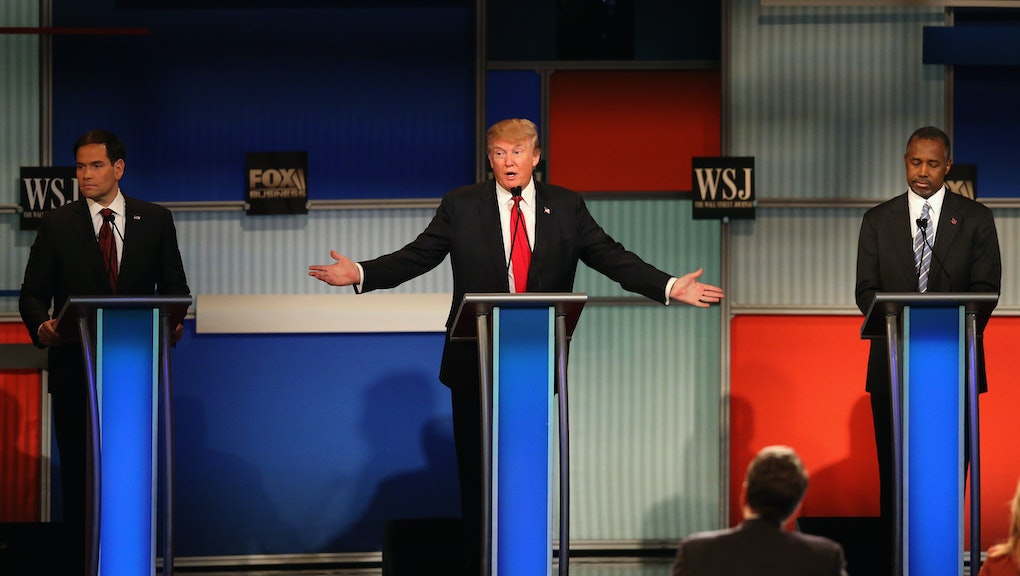 In last month's Quinnipiac poll, Trump led 24% with Carson inching up at 23%  — but Carson's glory was short-lived. The new poll shows Trump leading by double digits at 27% favoritism among Republican voters, Florida Sen. Marco Rubio following not-so-close behind at 17% and Carson tied with Texas Sen. Ted Cruz at 16%. Former Florida Gov. Jeb Bush is polling at 5%. None of the remaining candidates are polling above 3%.

In the November NBC/Wall Street Journal poll, Carson cinched 29% of Republican voters, the highest percentage of any GOP candidate in the 2016 primary election thus far — and Trump trailed behind at 23%.

"Dr. Ben Carson, moving to center stage just one month ago, now needs some CPR. The Doctor sinks. The Donald soars. The GOP, 11 months from the election, has to be thinking, 'This could be the guy,'" Tim Malloy, assistant director of the Quinnipiac University poll, wrote in the release.

Trump also leads Carson by double digits in recent Fox News and ABC/Washington Post polls, though Carson remains the top challenger in both. In Quinnipiac's most recent general election poll of Trump versus former Secretary of State Hillary Clinton, Clinton leads at 47% while Trump lags at 41%.