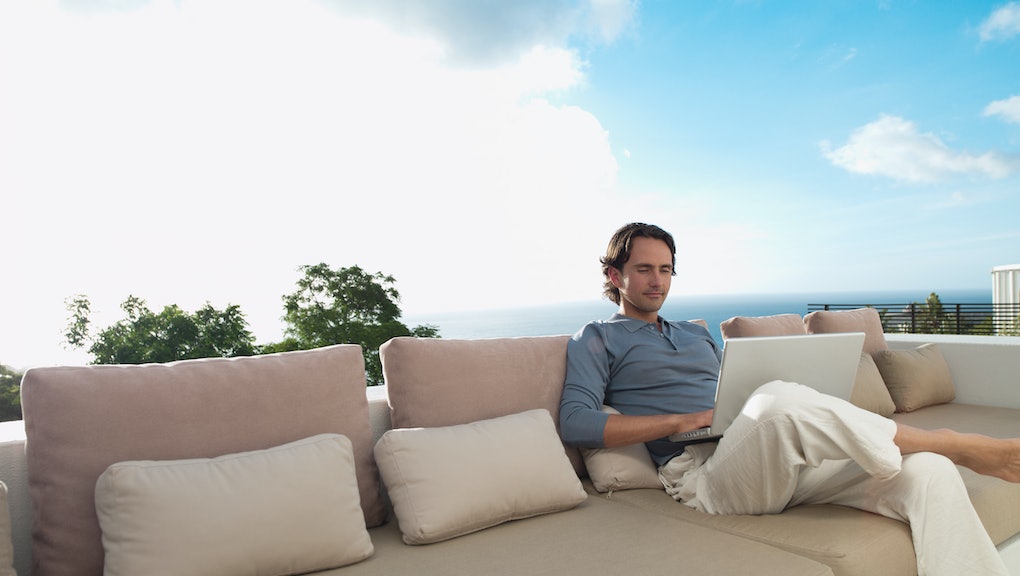 On Tuesday, Facebook CEO Mark Zuckerberg and his wife, Priscilla Chan, vowed to give away 99% of their Facebook shares, currently worth over $45 billion, to support various causes during their lifetimes. It's a commendable move but when you consider the level of wealth inequality in the United States, it seems like less of an epic giveaway than it does a necessary way to help restore balance in a society desperately in need of it.

According to a new report from the Institute for Policy Studies published Wednesday, America's 20 wealthiest people (a group which includes Zuckerberg) now own more wealth than more than the bottom half of the country's population combined.

This clique of the unfathomably wealthy, which IPS notes could all pack comfortably into a luxury jet, possess the same wealth as the 152 million people that constitute the bottom 50%.

Who are they? The group of the 20 richest Americans is primarily made up of corporate founders (mostly tech companies, though Nike's Phil Knight is on there) and heirs to huge businesses like the Wal-Mart Waltons and the Koch brothers.

Other numbers from the report are just as remarkable.

The total wealth of the Forbes 400 is now at $2.34 trillion, a "new all-time record and more than the GDP of India," reads the report.

What is to be done about this vast concentration of wealth in the hands of a few? That in many ways the central question guiding American political life today, and there are no easy answers.

But the report's authors recommend using a more systematic than relying on the whims of generous mega-billionaires — using the tax code to combat inequality.

First, there's the issue of making sure that all the wealth that's generated in the U.S. is in fact taxable, which means cracking down on offshore tax havens and special loopholes in the tax code for certain kinds of income and wealth generation.

"The thing most people don't understand about the tax code is that despite the higher nominal rates on the wealthy, the effective rate, as in the amount they pay, is actually not higher," Josh Hoxie, one of the report's authors, told Mic. "This was made clear by billionaire Warren Buffett, No. 2 on the Forbes list, who famously announced his secretary paid a higher effective tax rate than he did."

That's because taxes on capital gains — the way that most of the very wealthy earn their money — are significantly lower than ordinary income tax.

The other policy prescription the authors offer is taxing wealth directly, a proposal popularized by French economist Thomas Piketty in Capital in the Twenty-First Century, one of the defining texts of contemporary economics documenting wealth concentration.

"A 1% tax on [the top 1% of wealth holders] would generate $260 billion annually or $2.6 trillion over 10 years, more than the federal government now spends on education and environmental protection combined," the report reads.

These policy prescriptions fall in the realm of redistribution, aka transferring wealth after it's been made. The longer-term question is how to structure an economy that allows people to reap the benefits of their contributions more fairly in the first place.