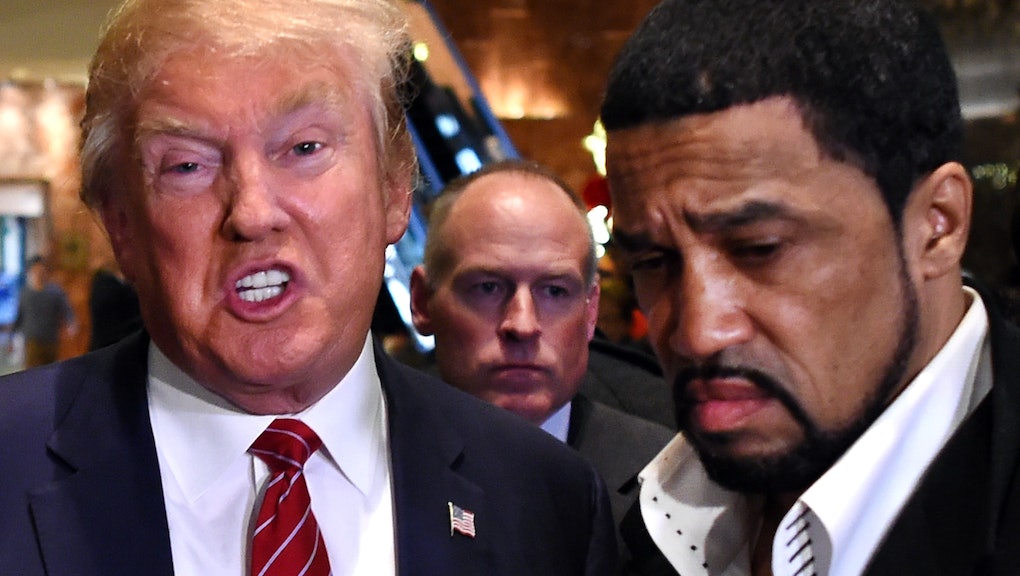 Donald Trump Is Now Advocating for War Crimes, According to Expert

Donald Trump is now advocating for the United States to commit war crimes, according to at least one expert on the subject.

Michael Walzer, a professor emeritus at the Institute for Advanced Study and the author of Just and Unjust Wars, told Mic that recent calls by the Republican presidential contender to bomb ISIS and "take out their families" would be a criminal act.

"The crucial moral and ... legal requirement ... is to distinguish between combatants and civilians, and noncombatants and to attack only the combatants," he said. "To target the innocent is the worst crime of war."

Trump, who is currently leading most presidential polls, made the claim during a Wednesday morning interview on Fox and Friends, where he also reiterated previous pledges to "bomb the hell out of [Islamic State group members]."

Fox's hosts were reportedly stunned into silence, according to Mediate, before co-host Elizabeth Hasselbeck changed the subject to immigration.

Walzer's charge of war crimes is supported by the fourth Geneva Convention treaty ratified in 1949, which is presently agreed to by 196 nations. According to the convention, "persons taking no active part in the hostilities ... shall in all circumstances be treated humanely." The convention is a direct result of the carnage of World War II, in which both sides bombed civilian population centers as part of war efforts.

It's not the first time Trump has promoted policies of questionable legality. Previously, the Republican front-runner advocated ending the longstanding U.S. policy of birthright citizenship, even though many legal scholars said such action would be barred by the 14th Amendment. The billionaire has also called for databases of Muslims and other punitive measures that would likely run afoul of similar constitutional protections for religious worship.

With the Iowa caucus just eight weeks away, and Trump continuing to dominate polls, the candidate's latest comments will likely feature in the upcoming GOP debate on Dec. 15.