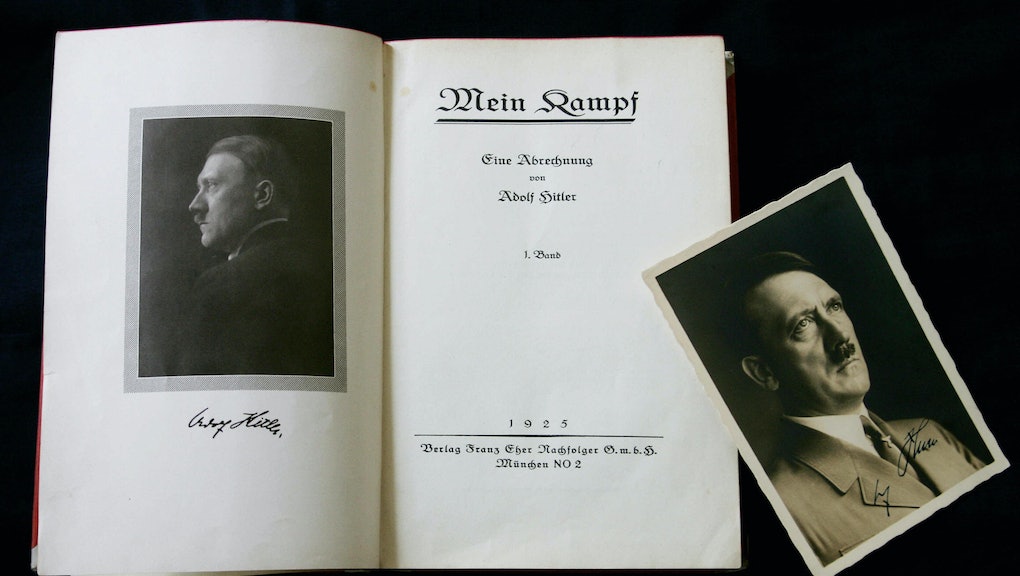 What happens when a book's copyright runs out? If the copyright is that of Adolf Hitler's part-memoir part-manifesto Mein Kampf, due to expire on Dec. 31, the answer is a little more complicated.

For the past six years, a team of of historians at Munich's Institute for Contemporary History have been preparing for what will be much more than a simple reprint of the book as it's existed for the last 90 years. Instead, when the renewed Mein Kampf ("My Struggle") hits shelves in January, it will come in the form of a revised 2,000-page version complete with annotations to provide historical context and distinguish fact from fiction. This new edition, which will be more than twice as thick as the original, will be made available in Germany for the first time since 1945.

Going beyond fact-checking, the annotations will dismantle the core doctrines the book originally propagated to justify the Holocaust and promote the ideologies of Nazism.

"[We want to] expose Hitler's prejudices and show that there was no sound historical basis to his ideology about race," Christian Gizewski, a professor at the Technical University of Berlin told the Guardian in 2013. The same holds true as the revision approaches its publication date: Scholars want to disrupt a narrative of hate.

Christian Hartmann, the leader of the team of historians said, "We wanted literally to surround Hitler with our comments," according to the New York Times.

So far, there have been more than 200 pre-orders of the book, which will cost $63 when it hits shelves next month.