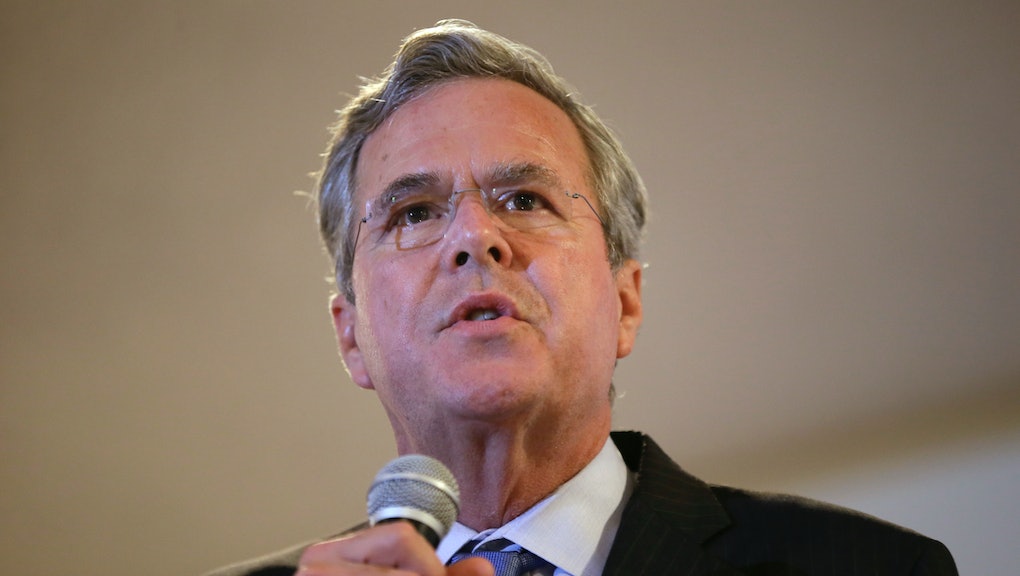 Following the 355th mass shooting of 2015, in which at least 14 people were killed in San Bernardino, Calif., presidential candidates were quick to tweet words of outrage and sympathy, in a ritual that's become depressingly familiar over the course of the 2016 campaign cycle.

Within minutes of reports that authorities were responding to a mass casualty shooting in San Bernadino, candidates of both parties turned to Twitter to weigh in. The tone and content of their responses were depressingly predictable, completing another turn of the post-mass-shooting cycle. Democratic candidates issued impassioned calls for gun safety reform, an issue wholly ignored by every Republican White House hopeful to respond to the shooting.

Former Maryland Gov. Martin O'Malley renewed his call for gun safety reforms, a central plank of his campaign for the Democratic nomination. Democratic front-runner Hillary Clinton called for a robust policy response. Sen. Bernie Sanders (I-Vt.), who has faced criticism from Clinton and O'Malley for his past opposition to some forms of gun control, also decried "sickening and senseless gun violence" and the dismayingly commonplace nature of mass shootings in America.

Meanwhile, Republican contenders stuck to conveying their thoughts and prayers for victims and support for law enforcement and first responders — pointedly skirting any discussion of gun safety policies:

If the frighteningly routine cycle of shootings and candidate responses is a disconcerting commentary on America's gun violence epidemic, the stark partisan difference in candidate responses — Democrats reiterating calls for measures like assault weapons bans and universal background checks, Republicans offering thoughts and prayers — attests to political paralysis on the issue.

President Barack Obama gave voice to that frustration in October, responding to the massacre at Oregon's Umpqua Community College, where a gunman killed nine people.

"As I said just a few months ago, and I said a few months before that, and I said each time we see one of these mass shootings, our thoughts and prayers are not enough. It's not enough," Obama said at the time. "It does not capture the heartache and grief and anger that we should feel.  And it does nothing to prevent this carnage from being inflicted someplace else in America — next week, or a couple of months from now."

"What's become routine, of course, is the response of those who oppose any kind of common-sense gun legislation," Obama said. "Right now, I can imagine the press releases being cranked out: We need more guns, they'll argue. Fewer gun safety laws."

Since Obama delivered those remarks, there have been 57 mass shootings on American soil.