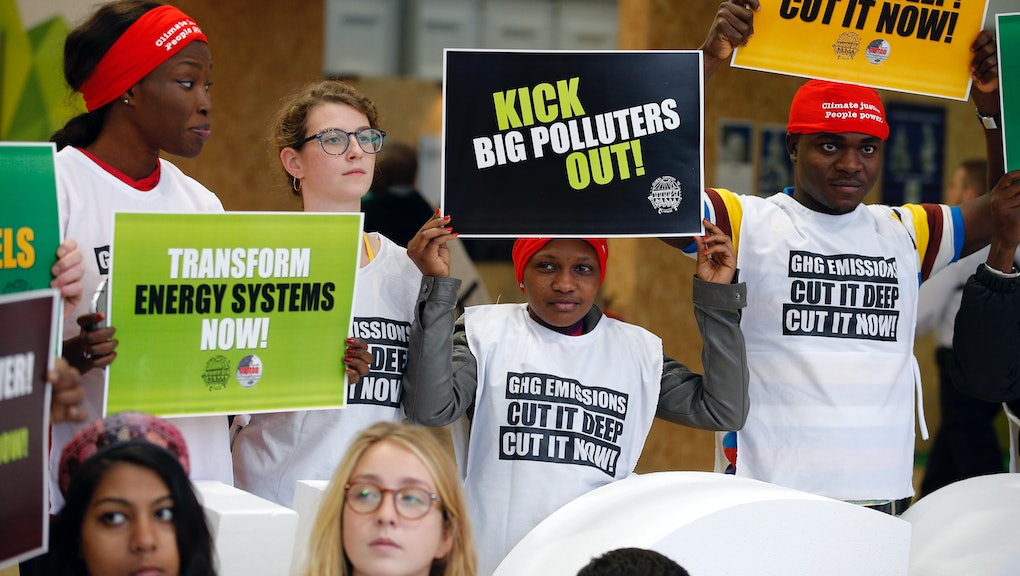 What Causes Climate Change? You Can Start With the World’s Wealthiest People

If you ever imagined what living life as one of the richest people in the world was like, the fantasy likely consisted of foreign cars, private jets and an absurdly and even unnecessarily lavish lifestyle. Unfortunately, this image of careless consumption among the wealthiest people of the world is accurate, according to a new report published in Oxfam Wednesday.

"Climate change is inextricably linked to economic inequality," the report reads. "The poorest half of the global population are responsible for only around 10% of global emissions yet live overwhelmingly in the countries most vulnerable to climate change – while the richest 10% of people in the world are responsible for around 50% of global emissions."

The report finds the United States is responsible for the highest levels of all consumption emissions in G20 countries per capita lifestyle, with the bottom 50% of all Americans producing more emissions than the top 10% in China, Brazil, Indonesia and India.

Though massive populations in countries like China and India ultimately add to their rapidly growing total emission footprints, those pale in comparison to some of the richest westernized countries in the G20. In Japan, the richest 12 million residents emit just about the same amount of emissions as 600 million people living in India, while the carbon footprint of the wealthiest 10% of Indians only amounts to a quarter of America's bottom 50%.

The report comes as 147 world leaders are convening in Paris for the United Nation's COP21 summit, where 195 countries are being represented in a two-week effort to reduce carbon footprints worldwide and limit global temperature increases to just 2 degrees Celsius by 2100.

"This Conference is a crucial event, because it needs to result in a new international climate agreement, applicable to all countries. The agreement will need to be universal and sustainable," a press release from the COP21 summit reads. "It will need to send economic and political signals to make the economic development model shift to a new path, which needs to lead to carbon neutrality by the end of the century and compliance with the goal of keeping global warming below the 2 degrees Celsius ceiling."

The above chart shows what nations are most susceptible to the threat of climate change, with most falling on the continents of Africa and Asia. When looking at some of the poorest populations around the world, it becomes abundantly clear how the least wealthy populations are some of the most harshly impacted by global warming.

The report notes, "A recent World Bank study found that in the 52 countries analyzed, most people live in countries where poor people are more exposed to droughts, floods and heat waves than the average of the population as a whole."

Meanwhile, the United States appears to be one of the least vulnerable countries susceptible to damage caused by global warming, though it's total carbon footprint is the largest on Earth.