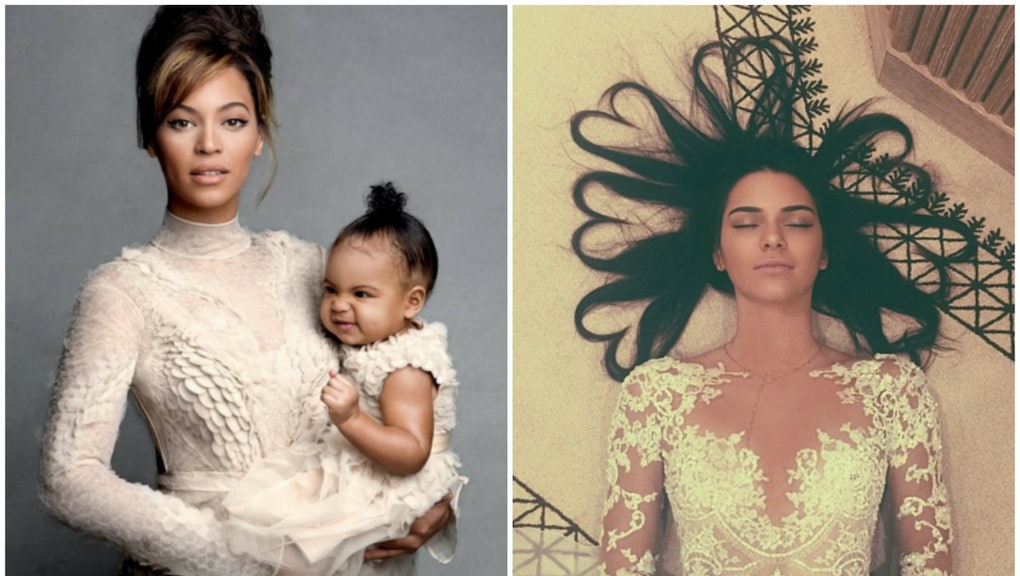 As the year comes to an end, it's time to look back at what people really loved on Instagram (because what else did we do this year?). Sure, there were countless memes. Sure, there was always Amber Rose's brilliance. And sure, Kim Kardashian West was almost constantly endorsing a shady product.

But the photos that make the Top 10 list for "most-liked" images on the social photo-sharing site actually might surprise you. Just take a look for yourself:

3. Taylor Swift posing with a human for once (2.5 million likes)

1. Kendall Jenner with hearts in her hair (3.2 million likes)

Just five women were responsible for the 10 most-liked photos this year: Kendall and Kylie Jenner (no surprise there), Selena Gomez, Taylor Swift (duh) and our high empress Beyoncé. That's not necessarily surprising considering that they are all hugely famous and empires unto themselves. But what is cool about this list is that they are all female.

That also means women were liking women in record numbers. According to Pew Research Center, 31% of all women on the Internet use Instagram, whereas only 24% of men who use the Internet do the same. While there are likely many men who "liked" the photos of Kendall, Taylor and the rest of the Top 10 gang, it's not as if women are reserving their likes for Channing Tatum's abs or The Game's mirror selfies.

Women being real: No, millions of women are liking women — and they're liking photos of other women keeping it real. No Taylor Swift posing onstage with the Haim girls, no Kendall Jenner on the catwalk.

Instead of their public personas, the 10 most-liked photos showcase famous women in more private moments. Some are selfies, while others are casually taken, celeb-in-the-wild snapshots. Even Beyoncé's photo, while posed, shows her with daughter Blue Ivy rather than on the job.

For the most part, these are famous women doing pretty much nothing at all, beyond being themselves.

That may not be as comforting as it sounds for us mere mortals. After all, the most-liked photos for non-famous women still seem to be of the curated variety. We take pictures of our chic "meals," and we Instagram the hell out of cute tablescape. Even more "Instagram famous" women have found that dropping the filters and showcasing real life prompts many followers to flee.

It would appear we crave reality on the hyper-stylized app when it comes from celebrities, who already live pretty unreal lives. For them, any sliver of normalcy sends us through the roof. It's a cruel, unusual game we're playing, but one just cannot deny the thrill of seeing yet another candid (but curated) Beyoncé vacation shot.

But hey, at least it's still women dominating.