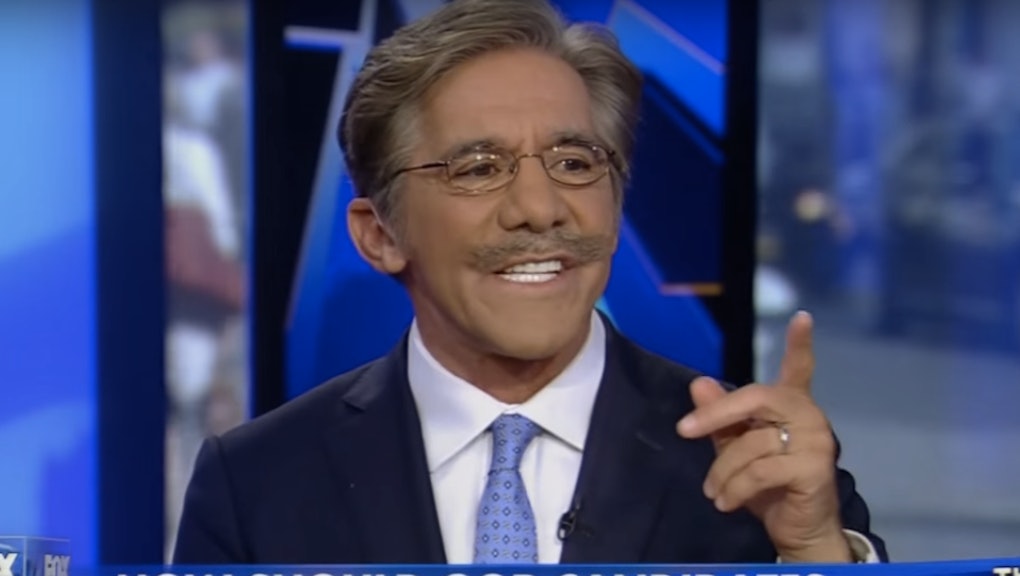 Fox News host Geraldo Rivera sent shock waves through the conservative world with a series of tweets he posted during and after Wednesday's shooting in San Bernardino, California, which left at least 14 people dead and 21 injured.

In 10 tweets over a two-hour period, Rivera violated a major tenet of American conservatism by describing the Second Amendment as "stupid," siding with President Barack Obama on the need for tighter gun control and saying the National Rifle Association "is full of shit."

Gun violence and the NRA, specifically, is an issue GOP politicians tread around lightly, given the organization's lobbying power on Capitol Hill. Not a single Republican presidential candidate brought up America's pervasive problem of gun violence or the NRA's influence on inhibiting gun control in their responses to Wednesday's shooting. Instead they simply offered their "thoughts and prayers" — something the Connecticut senator who represented Newtown at the time of the Sandy Hook Elementary School shootings in 2012 said was meaningless.

Rivera, however, did not follow the Republican Party's tune, at one point citing a damning recent report from the Washington Post: "POTUS wrong re so much ... But he's so right re gun violence-More than 1 gun for every American? Why?"

Seven minutes later, he followed his support of Obama up with something... less-Obamaesque, saying law enforcement should "'find locate and apprehend the suspects' then tear out their eyeballs and take their long guns and shove them up their asses."

Lexicon surrounding mass shooting perpetrators has historically been racially charged with both politicians and civilians reserving descriptors like "terrorist" and "thug" for people of color, and "mentally ill" for Caucasians.

"That term ["terrorist"] is reserved for a special type of person, someone with brown skin, a foreign-sounding name, roots in the Middle East or North Africa and a progressively anti-Western Internet history — probably typed in Arabic," Mic's Zak Cheney-Rice wrote after Germanwings co-pilot Andreas Lubitz flew a commercial airline into the side of a mountain in March.

"Terrorists, we're told, are Muslim. And if anything happens to disrupt that notion, we have a really hard time explaining it."

Rivera's last tweet describes the reductive ease relegating attackers to the category of "other" affords politicians in their response and retaliation. The issue becomes a binary one — "us versus them" — as opposed to having to turn inward and confront the ugly and painful reality of collective complicity.

But future San Bernardinos won't be avoided by starting any wars. That will only happen by overhauling the country's relationship with guns.