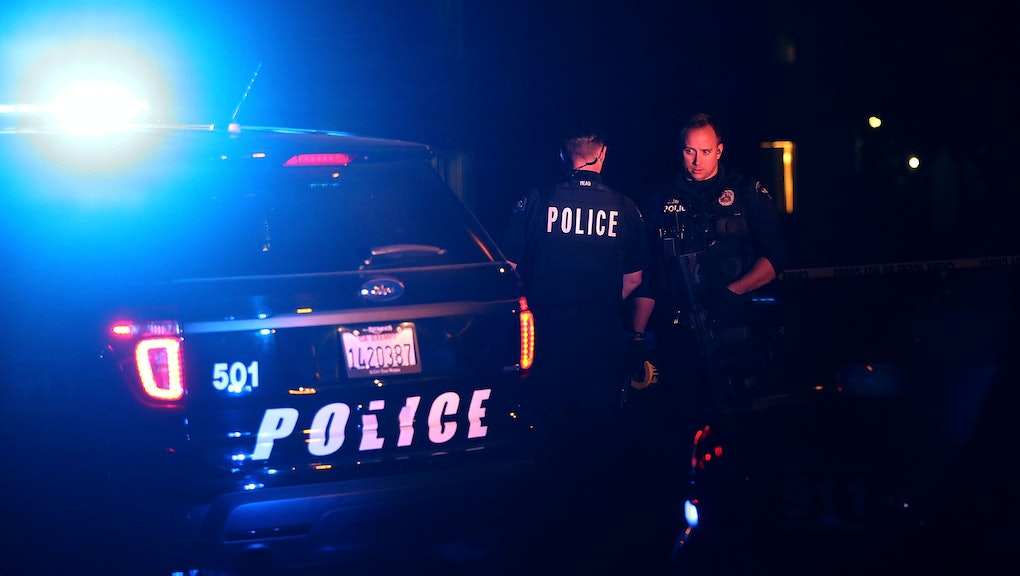 The Other Mass Shooting on Wednesday That You Didn't Hear About

As reports streamed in on Wednesday that a mass shooting had taken place in San Bernardino, California an exasperated nation recoiled in a mixture of horror and dismay. Just five days before the San Bernardino massacre, in which police say Syed Farook and Tashfeen Malik killed at least 14 people and injured 21 others at a community center, the country's eyes had been on Colorado Springs, Colorado, where an anti-abortion extremist killed three and wounded nine at a Planned Parenthood facility.

Hours before the San Bernardino shooting was underway, gunmen in Savannah, Georgia killed one woman and injured three men, the Washington Post noted.

What happened in Savannah: The Atlanta Journal-Constitution reports that authorities are searching for two gunmen in the shooting, which occurred in the early morning hours in a residential area and killed Brandy Council, 34. Three other victims — Jamond Heyward, 17, Jarrett Myers, 40, and Jeran Washington, 52 — sustained non-life-threatening injuries, the paper reported.

Authorities have yet to announce if they've ascertained a motive in the case, the Journal-Constitution reports.

The Savannah shooting largely eluded national attention, which attests to the disconcertingly humdrum nature of mass shootings in America. It's unsurprising that a shooting with more than 31 casualties consumed the nation's attention on Wednesday, but it's a sad commentary on how routine gun violence has become that we tend only to pay attention when there are casualties on such a dramatic scale.

"You have 14 people dead in California, and that's a horrible tragedy. But likely 88 other people died today from gun violence in the United States."

The Savannah and San Bernardino attacks marked the 354th and 355th mass shootings to take place on American soil this year, according to data compiled by the Post from the Mass Shooting Tracker, which defines a mass shooting as an incident in which at least four people are either injured or killed.

That means that mass shootings have occurred at a rate of more than one a day in 2015; Wednesday was the 336th day of the year.

Gun violence overall: Even mass shootings that do command national attention only account for a sliver of the deaths from gun violence that occur each day in America. As Everytown for Gun Safety's Ted Alcorn told the New York Times, "You have 14 people dead in California, and that's a horrible tragedy. But likely 88 other people died today from gun violence in the United States." Using data from the Centers for Disease Control, the Brady Campaign to Prevent Gun Violence estimates that 31 people are murdered with a gun each day in America, 151 are treated for gun wounds and another 55 kill themselves with a gun.

In 2015 to date, according to the Gun Violence Archive, 12,219 people have died as a result of gun violence in America, while another 24,716 people have been injured.

Such jarring statistics underscore the brutal truth behind the BBC's report on San Bernardino Wednesday evening, which opened with the chilling words, "Just another day in the United States of America."

Reacting to the San Bernardino shooting on Wednesday, Democratic presidential candidate Hillary Clinton reiterated her call for gun safety reform, tweeting, "I refuse to accept this as normal." The unsettling reality, however, is that in the absence of serious action to confront gun violence, mass shootings have become all too normal.

Dec. 3, 2015, 12:49 p.m.: This story has been updated to reflect the confirmed number of people injured in Wednesday's shooting in San Bernardino, California.