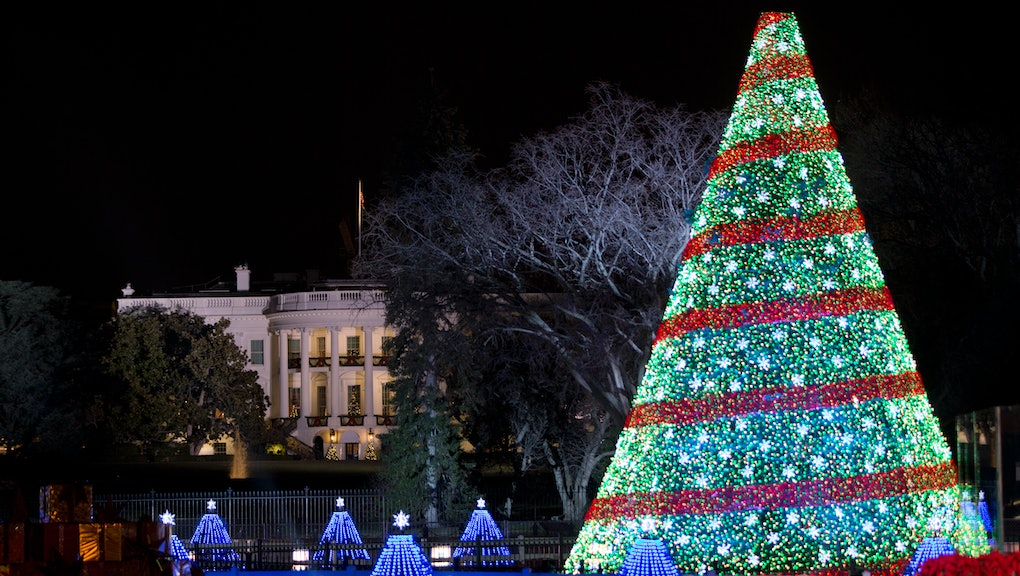 The 93rd annual National Christmas Tree Lighting ceremony kicks off Thursday evening on the Ellipse at President's Park, just steps away from the White House. The event is held each year and features a series of musical performances. President Barack Obama and the first family will do the honors of lighting the tree.

How to watch: Though the lottery for free tickets to attend this year's National Christmas Tree Lighting has ended, the event will live-stream via TheNationalTree.org beginning at 5 p.m. Eastern on Thursday. The ceremony will also air on PBS throughout the month of December.

Who will be there: This year's ceremony will be hosted by actress Reese Witherspoon. Other special guests taking the stage include singer Andra Day, Tori Kelly, The Muppets character Miss Piggy and pop-rock band Fall Out Boy. The United States Coast Guard Band will also be performing.

Below are photos from the National Christmas Tree Lighting from past years: