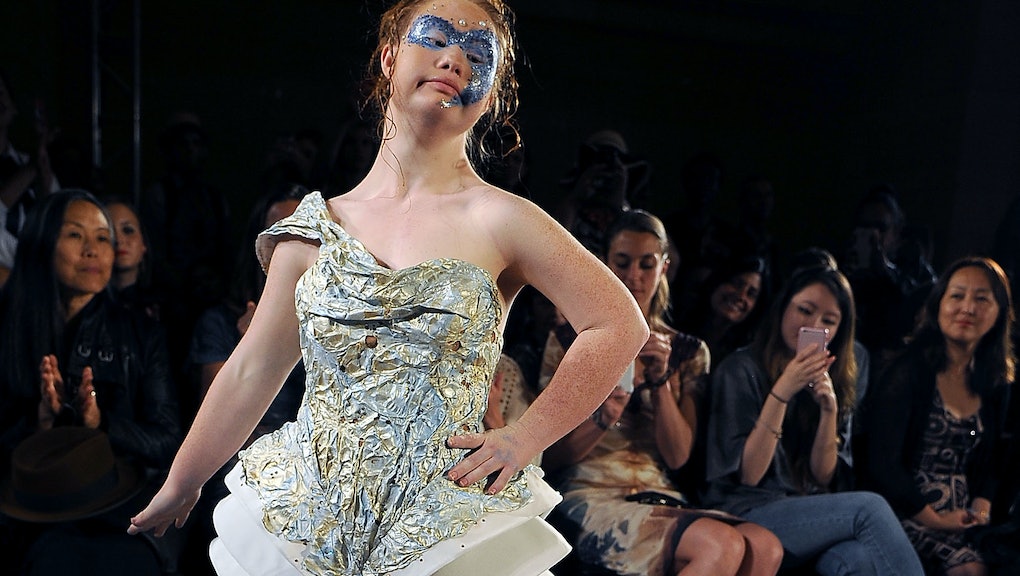 5 Victories People With Disabilities Achieved in 2015

About 650 million people — or 10% of the global population — live with a disability, according to the United Nations. This proportion is even higher in the United States, a nation in which nearly 1 in 5 people live with a disability, according to a 2012 census report. But despite the prevalence of the experience, discrimination persists: Despite laws that ensure the contrary, many public spaces are inaccessible, ableist language still abounds and invisible disabilities are still stigmatized, for example.

Individuals with disabilities are hardly defeated by these obstacles, but are unremittingly overcoming them. Their work may be far from over, but 2015 alone has seen this community achieve important victories. Here are five reasons to celebrate today, on International Day of Persons With Disabilities, and beyond.

The mainstream understanding of beauty is hardly inclusive. In addition to impossible standards of thinness and whiteness, beauty is almost always associated with being able-bodied. But this concept has been increasingly challenged at the very source of these standards: the worlds of modeling and fashion.

Eighteen-year-old Australian model Madeline Stuart made headlines around the world when she was dubbed the first professional model with Down syndrome and walked at this year's New York Fashion Week. She was joined at the event by model Rebekah Marine, who was born without a forearm, and who also made waves by posing with an amputee and veteran Brian Taylor in an October People Magazine photo shoot, Mic's Rachel Lubitz reported.

Although more than 150 million children worldwide live with disabilities, the toy industry has largely failed to represent or market to them. But after several activists, including two mothers of children with disabilities, launched a Facebook and Twitter campaign called #ToyLikeMe to "call for better representation and diversity in the toy box," according to their Facebook page, British toy company Makies decided to change that. Makies launched 3-D printed dolls with hearing aids, a walking stick, birthmarks and scars and pledged to create dolls in wheelchairs and with walkers and canes as well as made-to-order birthmarks, BuzzFeed reported in May.

The organizers hope Makies will be just the beginning though. As Rebecca Atkinson, one of the #ToyLikeMe organizers, wrote in the Guardian, children "are excluded by the very industry that exists to create their entertainment, the objects that fuel their development, the starting blocks of life: toys."

While Makies' line of toys is a commendable first step, the organizers hope to reach major brands like Lego and Mattel, Atkinson told the Guardian, and prove to a generation of children with disabilities that they deserve representation too.

"Open up your vocabulary, people," Joe Haden, anNFL cornerback for the Cleveland Browns, told ESPN in July. "The R-word is hurtful, hateful and ignorant."

Haden, whose younger brother Jacob has a cognitive disorder, was inspired to not only get involved with this past year's Special Olympics, but also to publicly raise awareness about ableist language and attitudes: He partnered with the Spread the Word to End the Word campaign, which works to push back on the "R-word," as well as raising the issue in media appearances at the most recent Super Bowl, Mic's Zak Cheney-Rice reported in July.

Many likely assume that musical theater is inherently inaccessible to deaf individuals, but one groundbreaking production boldly proved this need not be the case. Spring Awakening, directed by Michael Arden and originally staged at the Los Angeles-based theater company Deaf West, transferred to Broadway in the fall.

The show is hardly inhibited by featuring actors with disabilities either. The production — which, in addition to several deaf cast members includes the first actor in a wheelchair to appear on a Broadway stage — is even improved by these performers, according to cast member Sean Grandillo, who is a hearing actor.

"The deafness of some of the key characters really raises the stakes of the play, and makes the emotional journey of the show (that was part of its initial success) even more effective," Grandillo told Mic in May.

As deaf cast member Daniel Durant told the Los Angeles Times in September, "To me we're hitting our goals when the audience forgets about deaf or hearing, gay or straight, this or that, but experiences the characters as human beings and the universal joy, pain, ups and downs of what it is to be living — and in this play, growing up."

The parade's goal, organizer and jazz pianist Mike LeDonne told the New York Times, is to "break the stereotypes and show people that these people are not to be pitied," and enable "the general public and the disabled to mix together on a day when they're just having fun and being people."