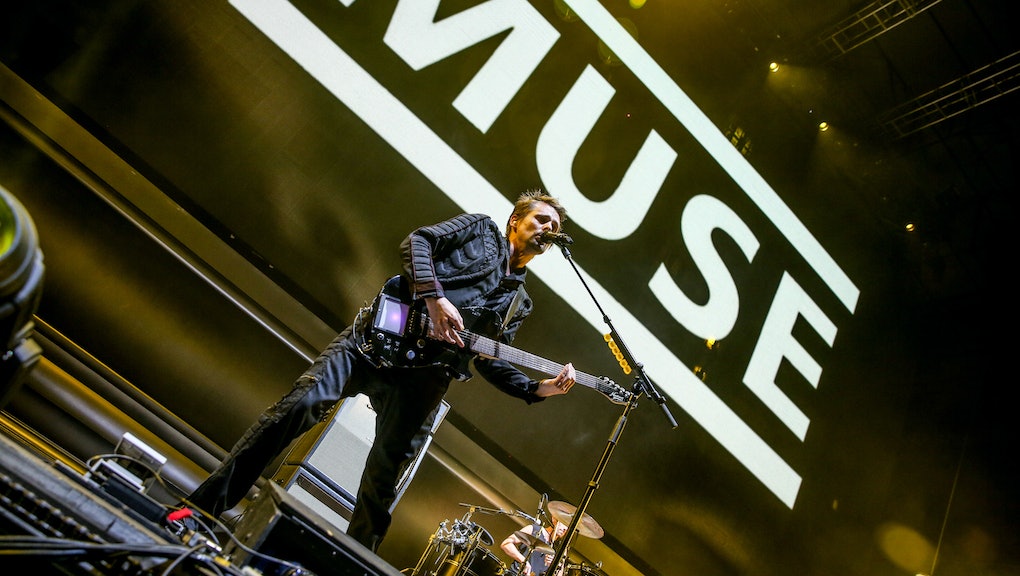 Muse 'Drones' World Tour 2016: US Dates and How to Buy Tickets

Muse kicked off the U.S. leg of their Drones world Tuesday at the Toyota Center in Houston — and it featured drones and a killer light show.

"Surely some eyes were still burning on Wednesday morning from the visual workout," Houston Chronicle reporter Craig Hlavaty in his review of Monday's Houston show. "So married to technological wonder, we wouldn't be surprised if they become the first living band to tour as holograms."

The tour is for the band's seventh studio album, Drones, released in June, and first made its rounds in Europe, Asia and South America before heading to the States. Muse will play 18 more shows in the U.S., stopping in Canada along the way, before heading back to Europe in late February.

Here's a promo for Drones World Tour, including footage of the band's past performances: