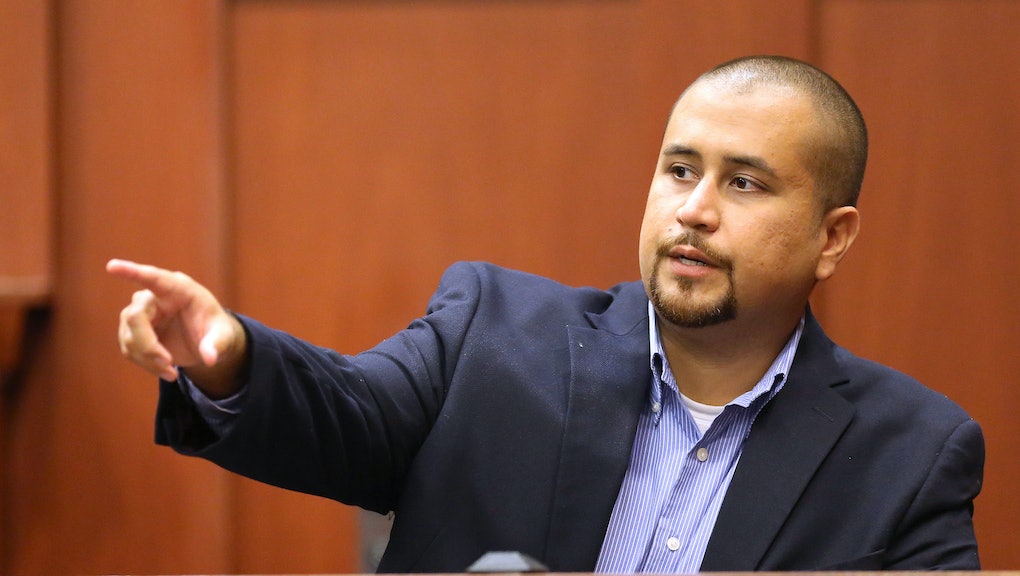 George Zimmerman Was Suspended From Twitter For Posting an Ex's Nudes

On Thursday afternoon, George Zimmerman, the Florida man who was charged in the 2012 shooting death of Trayvon Martin, tweeted nude photos of a woman he claimed cheated on him "with a dirty Muslim."

In addition to posting a topless photo of the woman, who is identified in the tweet by her first name, Zimmerman also included what appears to be the woman's phone number and, in a second tweet that contains another nude image, her email address. (Mic has blurred the woman's face and identifying information in the images below.)

Neither the images nor the woman's contact information appear to have been posted consensually, which might make the tweets a violation of Florida's sexual cyberharassment law, which Gov. Rick Scott signed earlier this year. Florida is one of 17 states to enact legislation regarding the posting of nude images without consent within the past several years, according to Reuters.

"It is not a scandal. It is a sex crime. It is a sexual violation. It's disgusting. The law needs to be changed, and we need to change," Lawrence told Vanity Fair last year.