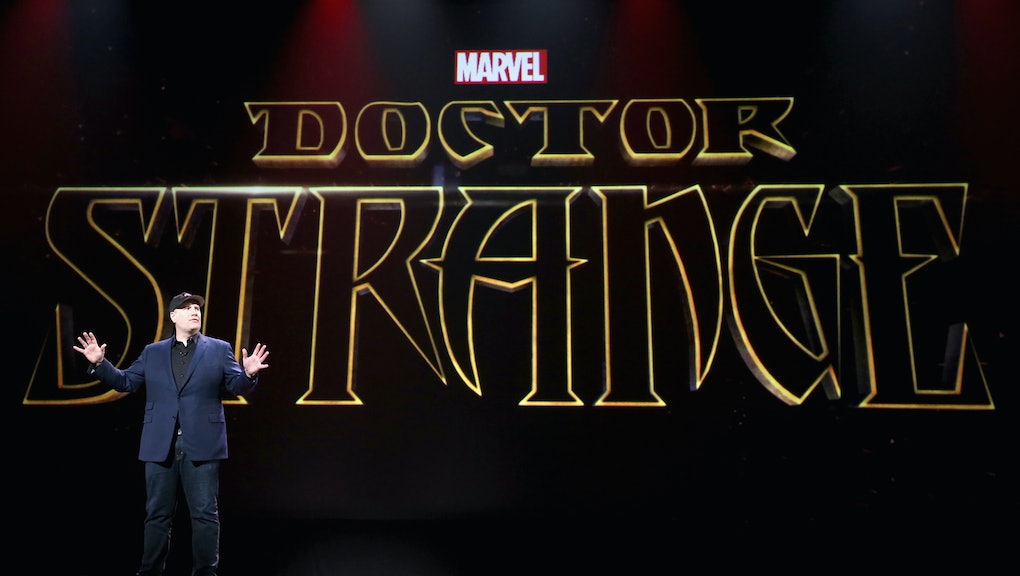 After rejecting Hellboy director Guillermo del Toro and author Neil Gaiman in 2008, Marvel has given Scott Derrickson, who directed 2012's Sinister, the go-ahead for a 2016 movie adaption of Doctor Strange, Vulture reported. The film will feature Benedict Cumberbatch as Dr. Strange, Tilda Swinton as the Ancient One and Chiwetel Ejiofor as Baron Mordo, according to IMDb. Rachel McAdams is also starring in the film, although it is unclear what role she will be playing.

Doctor Strange is part of Phase 3 of the Marvel Cinematic Universe, which has the goal of "introducing audiences to new heroes" over the course of four years and 10 films, according to the Marvel website.  If it stays true to the comics, Cumberbatch will play the post-car accident neurosurgeon who fights magical forces, CNET reported.

"It's definitely not going to be like any of the other films," McAdams told MTV News regarding how the film's look compares to other Marvel movies, like the Avengers.

Filming has begun in Kathmandu, Nepal, and will continue in London, New York and Hong Kong, Marvel's site announced. No trailer has been released yet, Tech Insider reported.

On Black Friday, Gaiman expressed his disappointment for Marvel's disinterest in his Doctor Strange movie idea on his Twitter. Marvel 1602 is Gaiman's Marvel comic book series. But remember, that was way back when, even before Marvel's trademark movie Iron Man was released.