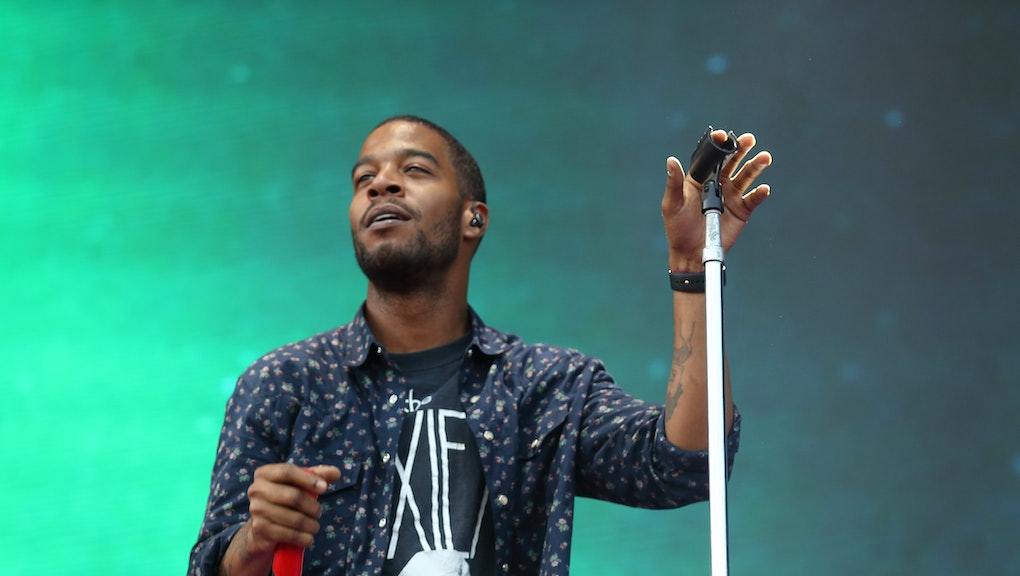 Despite putting his latest Especial tour on pause due to production and personal issues, Kid Cudi still released his fifth studio album Speedin' Bullet 2 Heaven Friday for purchase on iTunes or stream on Spotify. The Cleveland-born rapper's fifth album consists of two discs, with 18 songs on the first side and eight on the second.

The new album includes songs he dropped earlier this year — such as "Confused," "Wedding Tux" and "Judgmental C*nt" — and demos, Vibe reported.

Since publicly opening up about his own battle with a mental health disorder, Kid Cudi decided to dedicate the album to anyone struggling with mental disorders, he posted via Twitter. Many of his songs clue into this theme, such as "Confused," which has lyrics that say, "Who am I? Who are we? All I want is to feel complete." In his song "Judgmental C*nt," Kid Cudi sings, "You're just some fucked up little kid/ Just some loser kid, and you're never ever going to be shit."

Below is the full track list for Speedin' Bullet 2 Heaven: