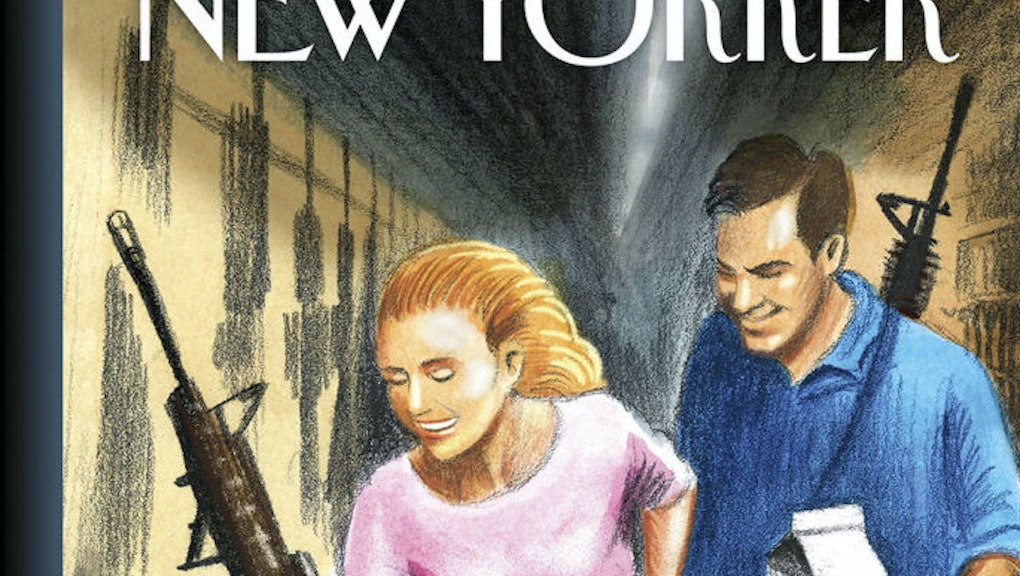 In a cutting reaction to the San Bernardino shooting on Wednesday, the upcoming Dec. 14 cover of the New Yorker shows a happy white couple purchasing guns and grenades in what appears to be a supermarket — and it's causing a quite a stir.

"What would it look like if I took America's obsession with firearms to its logical extreme?" cover artist Eric Drooker asked.

"The proliferation of guns and the too-easy access to military-grade weapons is not the only story in San Bernardino, but it's an appalling part of it," the New Yorker explained, regarding the artwork.

"As John Cassidy points out in a recent essay, there are an estimated three hundred million guns in private hands in the U.S., and gun sales soared on Black Friday," the magazine added.

A flurry of posts about the cover swirled on social media within minutes, revealing a range of reactions, from shock to uncertainty to commendation.

No other developed country rivals America's love of guns and its concomitant mass shootings. Attempts to introduce stricter gun laws in the wake of such shootings has consistently been unsuccessful, in part due to the National Rifle's Association's lobbying influence on Capitol Hill.