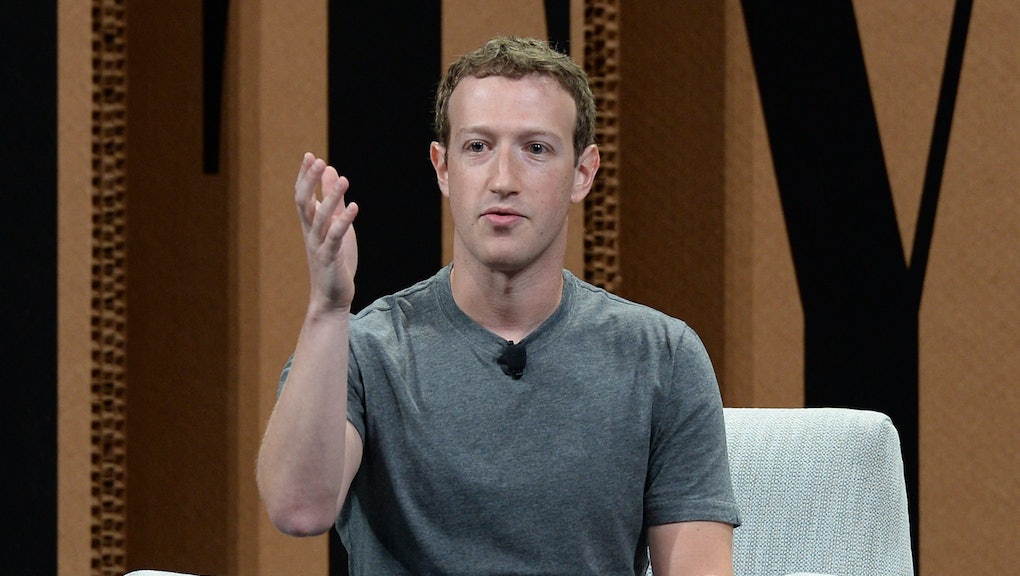 Why Should We Trust Tech Billionaires Like Mark Zuckerberg With the Future of Education?

Steve Jobs, Bill Gates, Eric Schmidt, Rupert Murdoch, and now Mark Zuckerberg have all announced their solutions to what's wrong with public schools. And they all support companies that promise to fix these schools. They are clever folks who know how to program computers, market products, entertain, advertise and make money. But they don't necessarily know to educate effective and responsible citizens.

Why should we trust these rich Silicon Valley entrepreneurs to influence educational policy?

Tech titans like Mark Zuckerberg, who has pledged most of his fortune to advancements in science and education, realize, as many responsible educators do, that the schools of today are not serving their students or the society very well. Schools are stuck in a 19th-century paradigm that prepares young people for a simple industrial economy and a static political community that no longer exist. These men suspect, as many responsible educators do, that the kinds of technologies that made them rich could contribute to a new form of schooling that better fits today's students, today's economy and today's political community.

But the solutions they choose to promote and fund seldom work.

They treat public education as if it were just another commercial enterprise.

Witness the meager effects of Zuckerberg's $100 million gift to Newark schools, described in The Prize: Who's in Charge of America's Schools? by Dale Russakoff.

Witness, as we have in our visits to schools all over the world, the thousands of now-vacant school computer labs once funded by Microsoft and Gates.

Witness the failure of Murdoch's Amplify, which just wrote off half a billion dollars that was supposed to revolutionize education through personalized learning.

Witness the exposure of Google's education platform as a ruse to market information gleaned from students' profiles.

Witness the sad failure of online charter schools to serve their students.

Why don't these initiatives work? For one, they fail to recognize why schools exist. They treat public education as if it were just another commercial enterprise. And they fail to listen to the folks who are truly interested in educating young people for effective citizenship.

That's what the public schools in the USA are supposed to do, and have done pretty well for the last two centuries: educate young people to be contributing workers, participating citizens and good neighbors. In some ways, these social purposes are exactly the opposite of the kinds of personalized learning that Zuckerberg and the others call for.

Where technology isolates, good schools socialize. Silicon Valley tells students, Technology will tell you how you learn best, where you need to focus and what to do next. But good schools tell their students, Caring adults will help you learn most effectively and ensure that you are headed in the right direction.

Schools' mission today is, more than ever, to counteract the selfish personalization made possible by new media and technologies. We don't need any more centripetal forces moving our young people into separate affinity groups or lonesome personal spaces. Since Google and Facebook make their millions by selling personalized entertainment and advertising, it's only natural that the leaders of these companies try to apply the same approach to education.

Few leaders of Silicon Valley fit very well into their schooling. Half of them actively disliked their experience in K-12 and college. They found their teachers stultifying and unable to recognize their genius. All but two dropped out of college. One of them blames his eighth-grade teacher and his professor at Harvard for the bad grades he received in geography and organic chemistry. Some harbor a resentment of teachers, which now colors their thinking. These are not necessarily the best sort of folks to put in charge of our educational policy.

Let the people run our schools, as the Founders intended. Let them elect the most public-spirited and well-educated citizens to local school boards, and let these boards hire the best responsible professionals to educate the young folks. Let them focus in the school on the moral lessons of history and literature, the wonder of the sciences and the opportunity to work effectively with others.

And of course, let them take advantage of all the technologies that can help this happen most effectively. That's what happens in the best schools, public, private and charter.

So what about the worst schools? We harbor some in the USA, some in cities like Newark, some in depressed rural areas. These schools are the exception, not the rule. In those schools, we see the results of a perfect storm of failures: failure to provide decent jobs and housing for the citizens; failure to provide children what they need to thrive from birth through age 5; failure to elect the best people to the school board; their failure to hire the best professionals; a focus on the wrong aspects of education (narrow academics measured by standardized test scores); and lack of any modern technologies.

The last thing these schools need is $100 million of consultants, or personalized learning machines, or Facebook for Children.

The last thing these schools need is $100 million of consultants, or personalized learning machines, or Facebook for Children. They need serious fundamental restructuring that models what the best communities and schools do.

Schools all over the world are reinventing themselves to better prepare citizens for the worlds they will live in. The people who learn in, teach in, govern and send their children to these schools are fully capable of imagining and building the schools we need. We need to encourage them to do just that.

Thomas Jefferson said, "I know no safe depository of the ultimate powers of the society but the people themselves; and if we think them not enlightened enough to exercise their control with a wholesome discretion, the remedy is not to take it from them, but to inform their discretion by education."