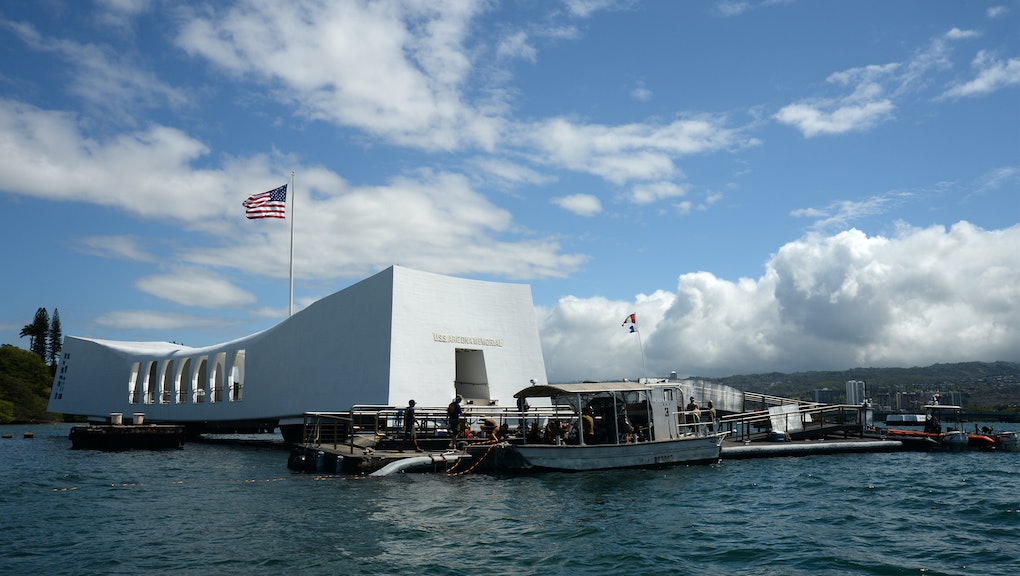 Monday marks the 74th anniversary for what President Franklin D. Roosevelt would call "a date which will live in infamy" before Congress. The year was 1941, when over 350 aircraft from the Imperial Japanese Navy surprised the United States with a two-wave attack on the unprepared Pearl Harbor, Hawaii, according to the Atlantic. The 90-minute attack killed over 2,400 Americans and injured an additional 1,250, not to mention destroyed a number of weaponized battleships and aircraft. The U.S. declared war the next day.

The day has become an iconic part of U.S. history. Here are seven quotes and sayings to share on Pearl Harbor Day.

2. Japanese Marshal Adm. Isoroku Yamamoto: "The fate of the Empire rests on this enterprise. Every man must devote himself totally to the task in hand."

3. President Barack Obama: "We salute the veterans and survivors of Pearl Harbor who inspire us still.  Despite overwhelming odds, they fought back heroically, inspiring our nation and putting us on the path to victory.  They are members of that Greatest Generation who overcame the Depression, crossed oceans and stormed the beaches to defeat fascism, and turned adversaries into our closest allies."

4. Donald Stratton, WWII veteran: "Never a day goes by for all these many years when I haven't thought about it. I don't talk about it too much, but when December rolls around I do. It's important the American people don't forget."

6. Congressman Joe Baca: "As costly as it was in the lives of our men and women in uniform, in military assets, and in esteem and pride, Pearl Harbor was a watershed moment for America."