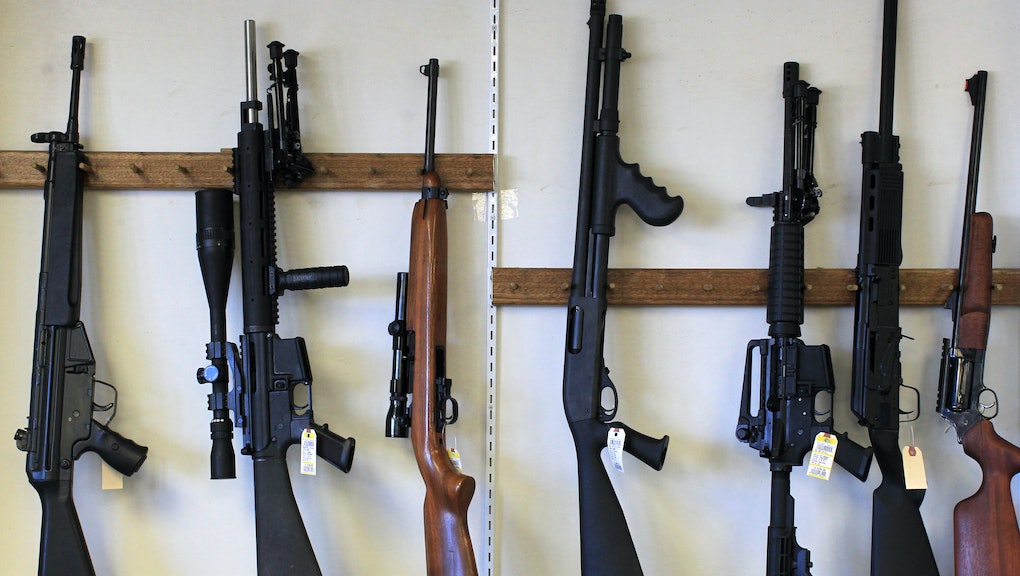 What would happen if the government regulated guns the same way it regulates women's bodies? Democrat and Missouri State Rep. Stacey Newman decided to turn the tables on Republicans who offer "thoughts and prayers" following mass shootings but no support for gun control policy.

In Newman's proposed state legislation, House Bill 1397, those looking to purchase firearms would be subject to the same bureaucracy as women seeking abortions. The new protocol would include:

If these measures sound ridiculous, consider the 120 miles a woman must travel in Missouri to get an abortion, as Newman explained. Consider state laws that require doctors to offer women the chance to see an ultrasound of the fetus or commonly distributed literature encouraging women to carry their fetus to term.

For Newman, the injustice is clear.

"If these are the restrictions that are palatable for abortion, let's apply them to people seeking a weapon in Missouri," said Newman.

Following a tweet about the bill on Friday, Twitter users had their own suggestions to add to the conversation, such as requiring the "consent of the parent, spouse or partner" and "local pastor."

If the bill passes in Missouri, it would go into effect in August 2016. It would be a major step toward gun regulation and expose politicians' hypocritical stances toward women's reproductive rights. Naturally, House Bill 1397 has already been met with dissent.

As Newman said, "If we truly insist that Missouri cares about 'all life,' then we must take immediate steps to address our major cities' rising rates of gun violence."