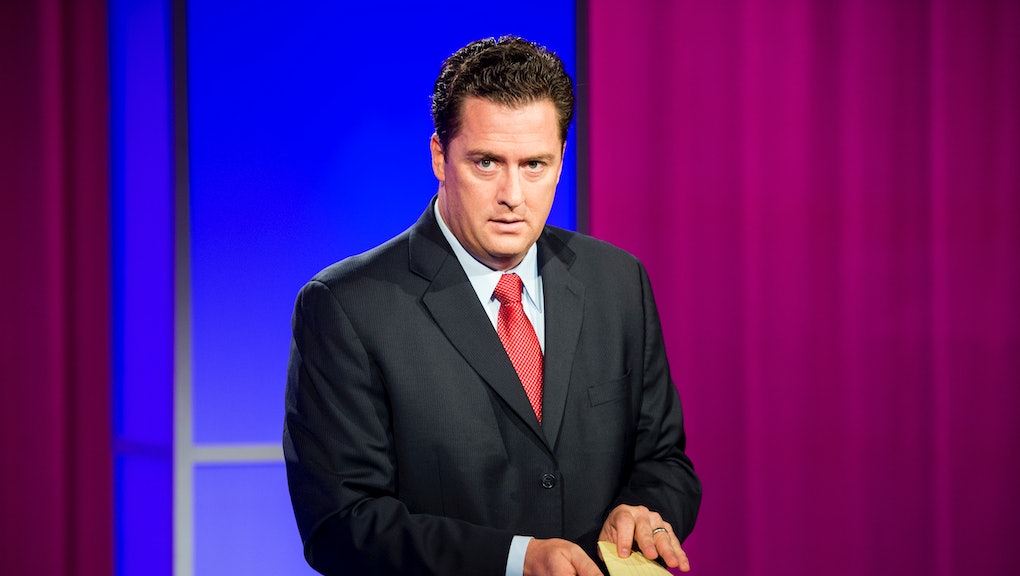 But with LaPierre's NRA and its congressional allies stymying even modest gun safety measures — including, on Thursday, efforts to expand background checks and prevent people on the terror watch list from purchasing guns — it's easy to forget that the NRA's hardline opposition to reform isn't only out of step with the views of most Americans. It's also out of step with the vast majority of NRA members.

According to a 2013 study featured in the New England Journal of Medicine, 74% of NRA members favor a universal background check regime for gun purchases, while a 2012 poll found that 71% backed banning gun purchases by individuals on the terror watch list.

Among those NRA members was John Oceguera, former speaker of the Nevada state assembly and currently a Democratic candidate for Congress from the state's 4th District. On Thursday — one day after 14 died and 21 more were injured in the San Bernardino massacre — Oceguera resigned his NRA lifetime membership in a letter to LaPierre, which he posted on his campaign website.

"Our country is facing a tragic gun violence epidemic, and we cannot ignore it. Still, the NRA opposes any legislation that would help keep guns out of the hands of terrorists, criminals and the mentally ill, and spends millions to stop any action in Congress that could help prevent further violence," he wrote. "I cannot continue to be a member while the NRA refuses to back closing these loopholes."

In an interview with Mic on Friday, Oceguera said his decision was also informed by bearing personal witness to the toll gun violence can take. Years ago, his father, who had committed domestic battery, shot another person to death before taking his own life with a gun, and Oceguera said a close friend who struggled with mental illness also killed himself.

For a rural Nevadan who'd grown up duck hunting before school and sported a shotgun rack on his pickup truck, however, it was hard not to feel a cultural connection to the NRA, with whom Oceguera worked to pass Nevada's concealed carry law during his state assembly tenure.

While Oceguera remains proud of that work, arguing that streamlining concealed carry laws is a matter of simple common sense, he came to see the NRA as being at war with common sense as it adopted a hard line against even broadly supported measures.

"This year just seemed like there was a number of incidents that just kept going and going and going. And then the day after the San Bernardino incident, the Senate has a vote that says if you're on the terror watch list, we can't look into whether you can buy a gun or not," Oceguera said. "I just got to a point where I thought, 'Enough is enough.'"

Oceguera isn't the first public figure to jettison the NRA. Perhaps the most high-profile example came in 1995, when former President George H.W. Bush resigned from the organization after LaPierre slammed agents in the federal Bureau of Alcohol, Tobacco, Firearms and Explosives as "jack-booted thugs."

"[Y[our broadside against Federal agents deeply offends my own sense of decency and honor; and it offends my concept of service to country," Bush wrote in resigning his life membership. "It indirectly slanders a wide array of government law enforcement officials, who are out there, day and night, laying their lives on the line for all of us."

"If I'm elected to Congress, then I'm going to talk about closing these loopholes — just simple things that people can get behind and say, 'That's common sense stuff,'" Oceguera told Mic.

Ultimately, though, he said he views the issue not as an aspiring congressman but as a father.

"I've got three kids. I don't want to worry about whether we can go to the movie theater," Oceguera said. "I want them to be safe."