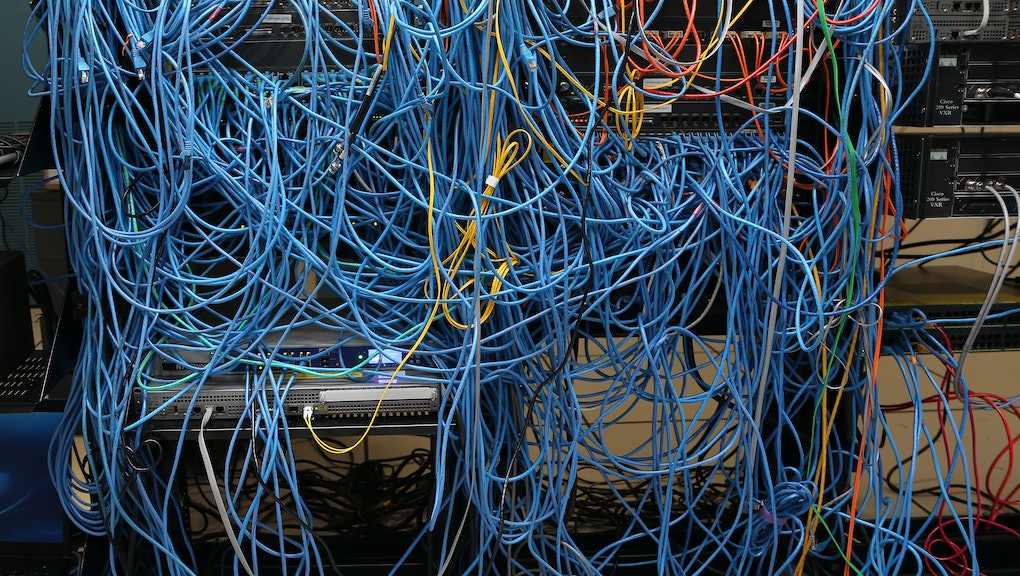 Net neutrality, or the idea that corporations that provide us with Internet access can't manipulate how we use it, is an obnoxious subject. It's a heavy-handed term that generally makes people's eyes glaze over. It's for the best that the issue was resolved on Feb. 16, when a ruling championed by President Obama settled the score in favor of net neutrality by giving the FCC the ability to regulate Internet Service Providers (ISPs).

Case closed? Not a chance. Republicans have slipped a rider into a broader, tangential budget bill that would simply take the ruling already made in favor of net neutrality and make it impossible to enforce.

None of the funds made available by this Act may be used to regulate, directly or indirectly, the prices, other fees, or data caps and allowances (as such terms are described in paragraph 164 of the Report and Order on Remand, Declaratory Ruling, and Order in the matter of protecting and promoting the open Internet, adopted by the Federal Communications Commission on February 26, 2015.

It's still not over: Internet providers took their case to court today in front of a panel of three judges on a panel at the U.S. Court of Appeals in Washington, D.C. The FCC has ruled that ISPs should be regulated like a communications utility, so that they could be regulated in one fell swoop, as opposed to on a case-by-case basis. But after today's arguments, those fighting back against the ISPs feel "optimistic" that the FCC won't be overruled.

It could takes months before we have a ruling for the courts but in the meantime, ISPs are doing everything they can to escape government regulation, including claiming they have a First Amendment right to avoid FCC regulation.

Considering that the freedom of digital communications for the entire country is at stake, it's starting to feel like anyone declaring a final victory in the battle for net neutrality is calling the game too soon.