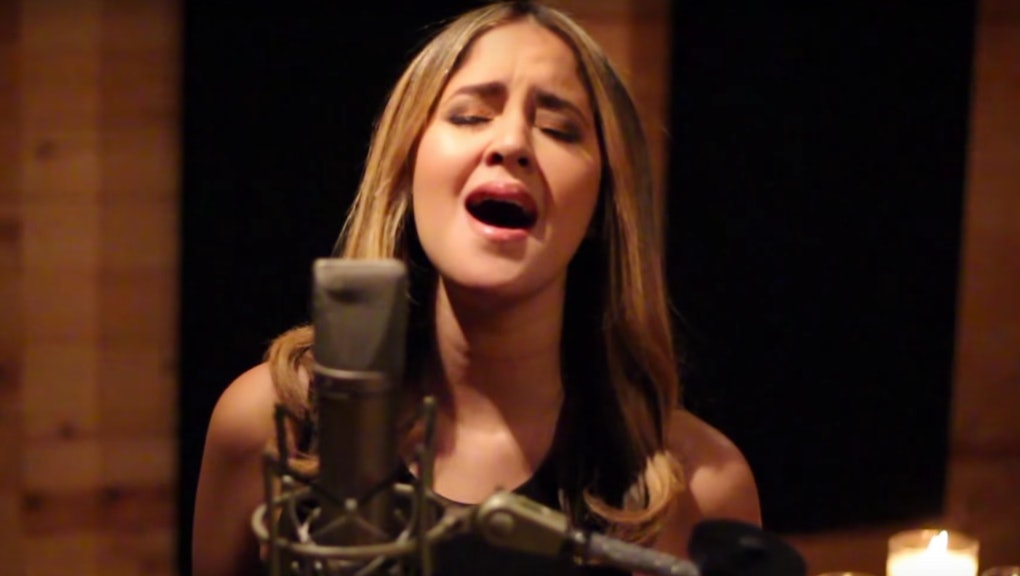 Adele's 'Hello' Has a Spanglish Version You Need to Hear

By now, the chorus to Adele's hit single "Hello" is probably as familiar to some people as their own name — the song is just shy of 600 million views on YouTube, and Adele's album 25 has been No. 1 on the Billboard charts for two weeks straight.

But you've never heard it like this before. While Britney Spears gave us a dance tribute to the song, former American Idol contestant Karen Rodriguez gave the track a Spanglish re-imagining.

The lyrics are extremely faithful to Adele's original. Where Adele pleas:

Hello from the outside

Which translates, roughly, to:

Hello from way over there,