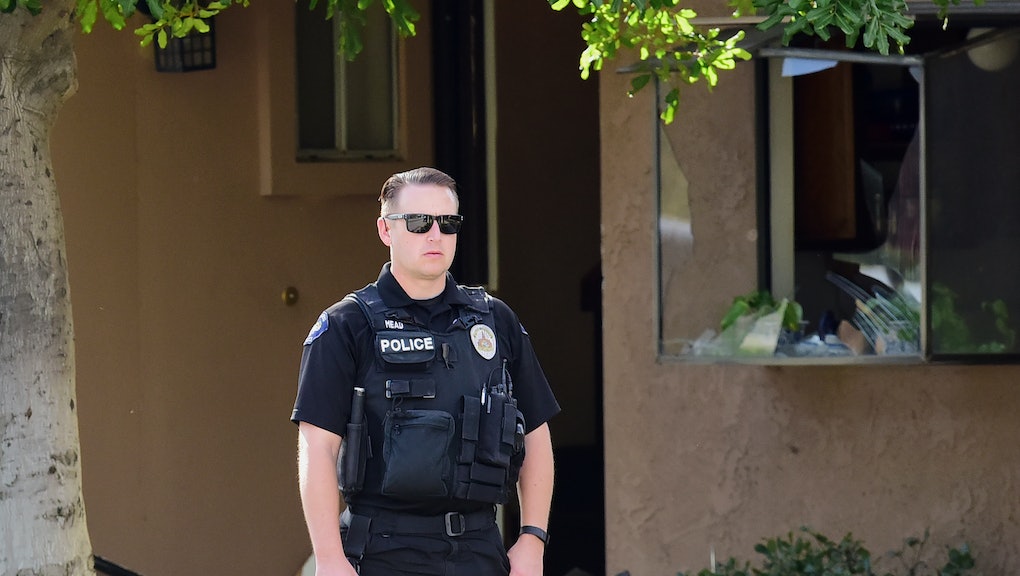 Attorney David Chesley, who represents the family of accused San Bernardino, California, mass-murderers Syed Farook and Tashfeen Malik, raised a strange point in the face of nearly incontrovertible evidence his clients killed 14 people at Inland Regional Center before dying in a gun battle with police on Wednesday.

In a video posted Friday on the Daily Mail's website, Chesley brought up conspiracy theories about whether the 2012 massacre at Sandy Hook Elementary School in Newtown, Connecticut, "was a real incident or not."

"There have been suggestions that it may be something that was related to their work, that somehow he was a disgruntled employee," Chesley said.

"But it doesn't seem plausible to us that this petite woman [Malik] would be involved in this sort of hyper-caricatured, Bonnie and Clyde crazy scenario," he continued. "There were a lot of questions drawn with Sandy Hook and whether or not that was a real incident or not. But I mean obviously these things were found there, how they got there we don't know."

Asked directly about his views on the Sandy Hook shooting, Chesley did not point to any particular piece of evidence, saying "There has been a lot speculation about it is all I would say. There's a lot of people that said it happened but hasn't happened in the way that it was purported to have taken place."

"There's no question that incidents have taken place and evidence was found but we just question some of that," he concluded.

Previously, Chesley suggested his clients were found face down and handcuffed in a vehicle, saying "there's a lot of things that just don't make sense."

The Sandy Hook shootings resulted in the deaths of 20 students, six teachers, gunman Adam Lanza and his mother, Nancy Lanza. They also attracted a bevy of conspiracy theorists who insist the rampage never happened, some of whom have escalated their tactics from online suspicion to outright harassment of victims' families. The theorists generally think the shooting was part of a plot to pass stricter gun control.