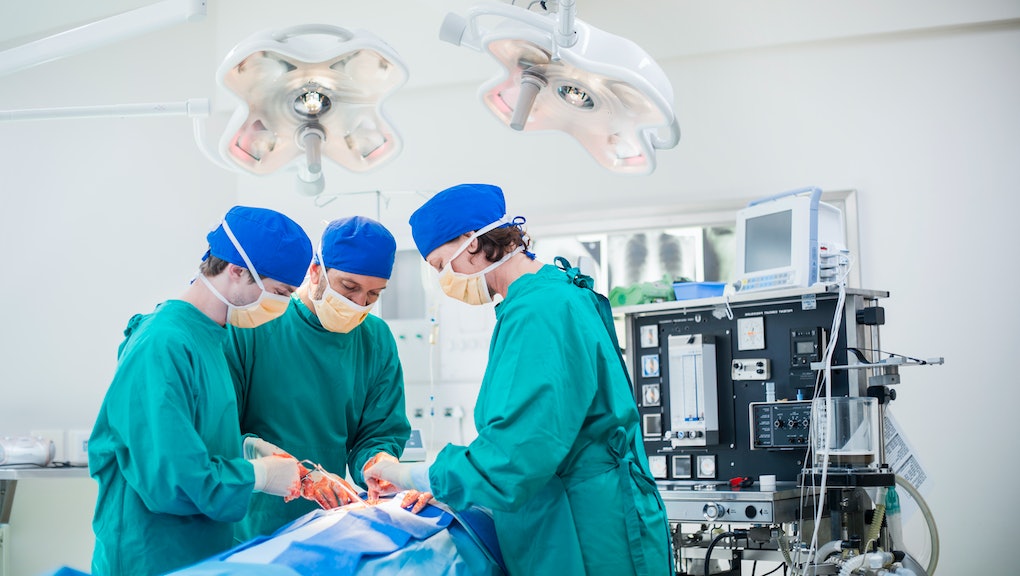 The field of organ transplantation has seen massive strides in recent months, from a groundbreaking face transplant performed on an injured firefighter to the advent of uterus transplants and their potential to let transgender women carry children.

Soon, surgeons at Johns Hopkins University School of Medicine will perform another type of transplant surgery, never before attempted in the U.S.: penis transplants. If the transplants are successful, the surgeons say the recipients will have urinary function, sensation and even the ability to have sex, the New York Times reports. Eventually, they might even be able to father children.

For now, the transplants will be offered exclusively to members of the military who suffered injuries to their penis and testicles while in combat.

Genitourinary injuries, as they're called, are common in the armed forces, though less talked-about — perhaps because they're not as visible as the loss of an arm or a leg. The Times reports that 1,367 men in military service sustained genitourinary injuries between 2001 and 2013, typically caused by the explosions of improvised explosive devices, or IEDs. A 2010 article in the Canadian Medical Association Journal suggested that 12% of all war injuries involved genitourinary trauma.

"These genitourinary injuries are not things we hear about or read about very often," said W.P. Andrew Lee, chairman of plastic and reconstructive surgery at Johns Hopkins, according to the Times. "I think one would agree it is as devastating as anything that our wounded warriors suffer, for a young man to come home in his early 20s with the pelvic area completely destroyed."

These injuries aren't just on the outside. Besides the physical challenges, there are psychological, social and emotional issues at play too.

"To be missing the penis and parts of the scrotum is devastating," Richard J. Redett, director of pediatric plastic and reconstructive surgery at Johns Hopkins, told the Times. "These guys have given everything they have."

According to a recent recent study by the University of Southern California School of Social Work's Center for Innovation and Research on Veterans and Military Families, "There is a higher prevalence of depression and PTSD in those with GU trauma, as well as a slower recovery process, greater distress and more suicidal behavior than those without these types of injuries."

"Identity is a significant issue for many individuals who have sustained an injury that resulted in lost genitals, especially for younger individuals," Jamie P. Levine told Mic in an email. Levine is associate professor and chief of microsurgery at the Wyss Department of Plastic Surgery at New York University Langone Medical Center.

"Identity is a significant issue for many individuals who have sustained an injury that resulted in lost genitals, especially for younger individuals."

Penis transplants are very new: Only two have been attempted worldwide, and only one was successful. The surgery takes around 12 hours. It involves stitching the patient's nerves and arteries to those in the new penis under a microscope. Once the surgery is completed, patients will have to take medication for the rest of their lives to prevent the body from rejecting the transplant.

Johns Hopkins is currently evaluating a number of wounded troops as candidates for the pioneering surgery. So far, surgeons are moving forward with one of them and are reportedly far along in the process. Redett expects that patient to be moved to a transplant waiting list, according to the Times, meaning all that's left is to find a donor.

A breakthrough, and not just for soldiers: Besides transforming the lives of injured members of the military, penis transplants could have potential beyond that — namely, when it comes to sexual reassignment surgery for transgender men.

"There is still much to learn in this new area of research, but yes, penis transplants could be a viable option for female-to-male sexual-reassignment surgery in the future," Levine said. "Current methods for penis construction are successful aesthetically, but functionality is still an area where more work is needed. Full functionality often isn't regained."

Not all transgender men opt for sex-reassignment surgery. For those who do, the surgery generally involves constructing a new phallus from other tissues and later inserting a prosthesis to allow the patient to have erections.

These procedures aren't perfect yet. According to the Times, those prostheses can shift position, fall out or lead to infection. They can also be painful; a long-term follow-up study of people who'd undergone sex-reassignment surgery found that "in female-to-males with erection prosthesis, sexual expectations were more realized (compared to those without), but pain during intercourse was more often reported."

"For many transgender men who elect to have sex reassignment surgery, it's much more complex than merely getting a penis attached."

And as Levine added, "It's important to point out that these patients will also have to be on lifelong immunosuppression." He said, however, that "once immunosuppression issues are solved, these and other types of transplants can be more readily performed."

That being said, for transgender men seeking sex-reassignment surgery, the operation itself is just one part of the transitioning process.

"I'm sure a successful penis transplant in the U.S. could be a very useful research tool to better adapt certain types of SRS for transgender men," writer and advocate Tiq Milan told Mic in an email. "However, for many transgender men who elect to have sex-reassignment surgery, it's much more complex than merely getting a penis attached. It's about creating masculinity in our own likeness, which can look many different ways."