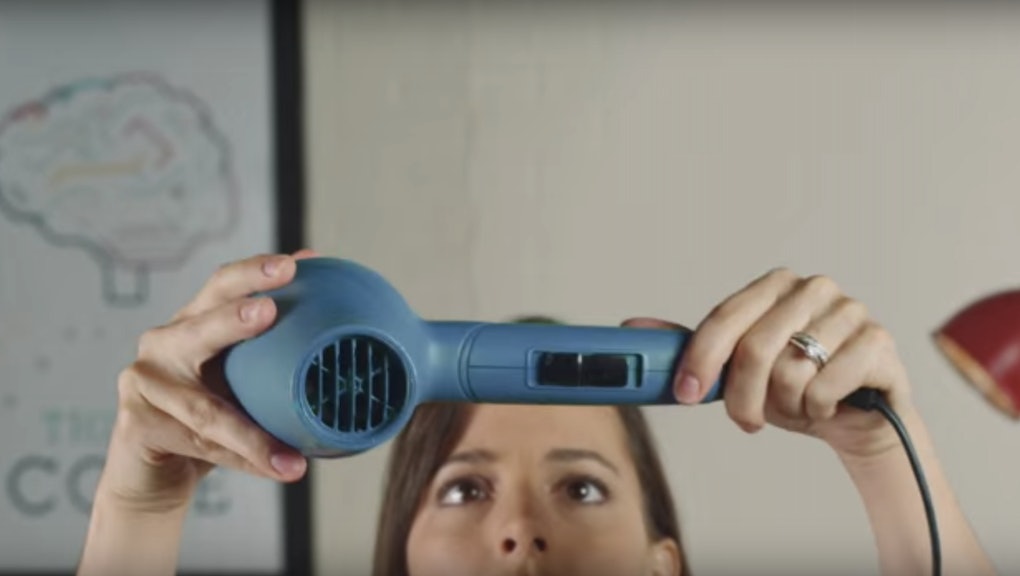 In the beginning of October, IBM launched #HackAHairDryer, a campaign designed to change attitudes toward women in tech and get more women involved in science, technology, engineering and math. The idea was to encourage women to find innovative new uses for everyday products, like hair dryers.

On Friday, IBM reintroduced #HackAHairDryer. This time, it got a big response — but not the one IBM was hoping for. On Twitter, users slammed IBM for latent sexism. The campaign seemed to say, "Hey, ladies! We know you love beauty products, so we used a product you can understand."

"It missed the mark for some, and we apologize," an IBM representative told Mic in an email. "It is being discontinued."

IBM posted the following tweet Dec. 4, and the backlash was swift.

A flood of users responded brilliantly:

IBM also had spectacularly bad timing. Twenty-six years ago, on Dec. 6, 1989, a gunman in Canada shot 28 engineering students, killing 14 women, after shouting, "You're all a bunch of feminists, and I hate feminists!"

The anniversary, as Mika McKinnon noted at Gizmodo, is "a national day of remembrance and action" — and pretty much the worst possible time for IBM to remind everyone of their ill-advised promotional stunt.

"To relaunch this idiocy on the anniversary of the Montreal Massacre after it already flopped in October is to remind every Canadian woman in science, technology, engineering and mathematics that we're still a long, long, long way from being treated as equals," McKinnon wrote for Gizmodo. "'They mean well' doesn't excuse ignorance for a multibillion-dollar international corporation."

She's right. The campaign had good intentions, but that isn't good enough. In fact, it almost makes it worse: It's much easier to wave off sexism when it comes wrapped in good will. But it's still sexism, and the fact that it's used in a campaign specifically designed to combat these same stereotypes is baffling.

#HackAHairDryer wasn't the first woefully misguided campaign designed to draw women into STEM fields. In October, energy company EDF launched #PrettyCurious in an attempt to get more women to study science. It backfired as well.

There's nothing wrong with hairdryers. They're great tools, and a lot of women own them. But as one Twitter user pointed out, no one is asking men to hack beard trimmers. Focusing a campaign like this around feminine beauty tools implies that women can only understand things when their looks are involved. It's dismissive, and it further serves to separate men and women on the basis of their gender.