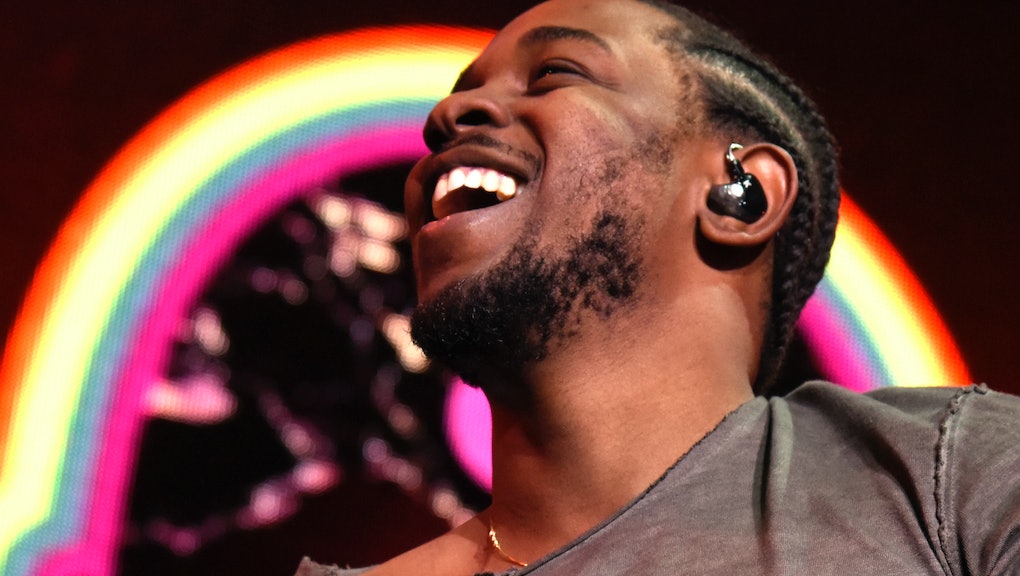 The Recording Academy revealed its nominations Monday morning for the 2016 Grammy Awards, and everything is coming up Kendrick.

Kendrick Lamar, revered Compton, California, rapper behind March's epic To Pimp a Butterfly, leads the pack with 11 nominations, including album of the year and song of the year for "Alright." Tied for second are R&B sensation the Weeknd and pop megastar Taylor Swift, both up for seven awards.

2016 may finally be the year the Grammys gives hip-hop the recognition it has always deserved, with Lamar being its agent of change.

A look at Lamar's nominations shows how busy he has been this past year:

Besides his big category nods, he's up for every one of the rap categories, including best rap/sung collaboration for "These Walls," featuring vocal contributions from Bilal, Anna Wise and Thundercat. He actually has two nominations in the best rap song category, with one for his protest anthem "Alright" and Kanye West's "All Day," which Lamar co-wrote.

Lamar has another nomination in the dance category for "Never Catch Me," a song off Flying Lotus' You're Dead. He also has two nominations in the best music video category — one for "Alright" and another for his collaboration with Swift on "Bad Blood (Remix)." That collaboration also earned a nod in the pop sections for best pop duo/group performance.

Consider all this with the fact that Lamar already quietly won two Grammys earlier this year, both the best rap performance and best rap song for "i," and you can start to see the power of the artistry. Bow before King Kendrick, pop star.

If Lamar were to take home wins in some of the bigger categories, it would mark a significant milestone in Grammy history. A hip-hop track has never won record or song of the year. The only hip-hop albums to win album of the year both had heavy R&B components: Lauryn Hill's The Miseducation of Lauryn Hill and Outkast's hybrid Speakerboxxx/The Love Below.

To Pimp a Butterfly is steeped in hip-hop history. Judging by its near unanimous presence on top of critic's end-of-year lists, and lack of a pop-forward album like Macklemore's The Heist (which snubbed Lamar in 2014) to split the vote — Lamar may have a very good shot.