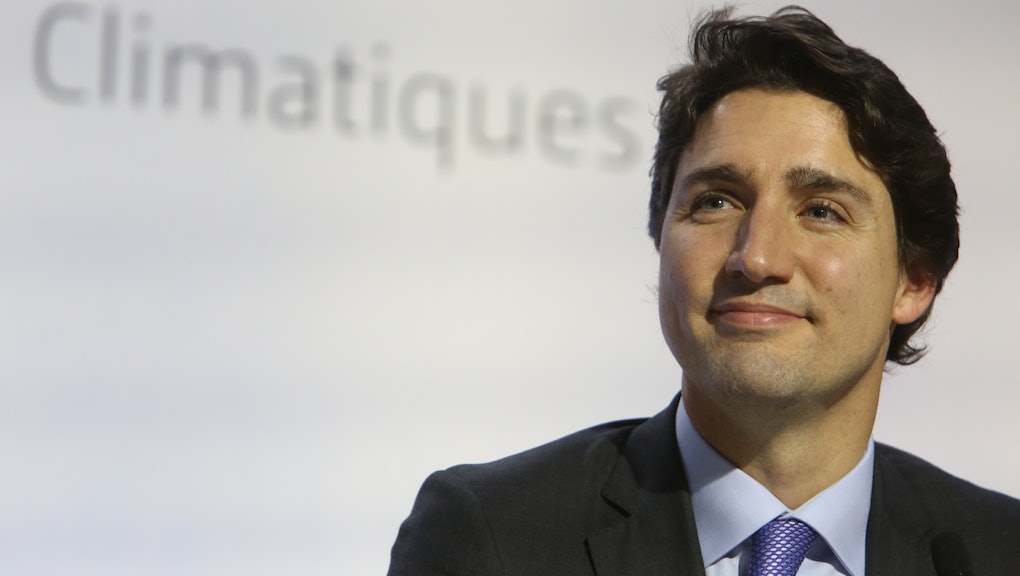 Marijuana Legalization in Canada 2015: Latest News and Polls on State of Legal Weed

With new Prime Minister Justin Trudeau and its new Liberal government, the New Democratic Party, Canada underscored its pledge to become the first G7 country (Canada, France, Germany, Italy, Japan, the U.K. and the United States) to legalize recreational marijuana nationally in a meeting and hearing last Friday, according to the Guardian. Canada has eyed legalization efforts in the United States, specifically Colorado and Washington, as an example of how legal weed could play out, the Governor General of Canada said in the speech.

"We're going to get started on [legalizing pot] right away," Trudeau said back in September before winning the election, according to U.S. News & World Report. According to Trudeau, legalization would fix a "failed system" and remove the "criminal element" associated with cannabis, the Guardian reported.

How Canada could legalize marijuana: Unlike the U.S., where states have legalized marijuana, Canada's criminal law is completely federal, meaning provinces don't have the privilege of legalizing marijuana on their own, U.S. News & World Report reported. However, local police forces can vary in their tolerance for illegal drug use and may, in some cases, choose to look the other way.

The Canadian government spends as much as $374 million on drug enforcement efforts every year, with about $37 million specifically going toward marijuana plantation raids, the Washington Post reported. More than 600,000 people have criminal records for marijuana possession, government officials stated.

Medical marijuana was legalized 15 years ago, in 2001, and Canada's health department estimated about 450,000 possible daily customers amounting to a $900 million industry, according to the Washington Post.

The opposition: The proposal doesn't go without opposition by the Conservative Party. Parliament member and former prime minister Stephen Harper argues that legalization would make the drug "more readily available to children," and cause more people to become addicted, CBC reported. Conservatives instead campaign for cracking down on illegal marijuana operations.

Canada's Liberal party is Parliament's majority, but the Conservatives still hold down the Senate, U.S. News & World Report said. University of Victoria in British Columbia's political scientist Jamie Lawson stated that legalization could happen if the government moves quickly enough, since the Conservatives are shaken from their loss of political control to Trudeau in October.