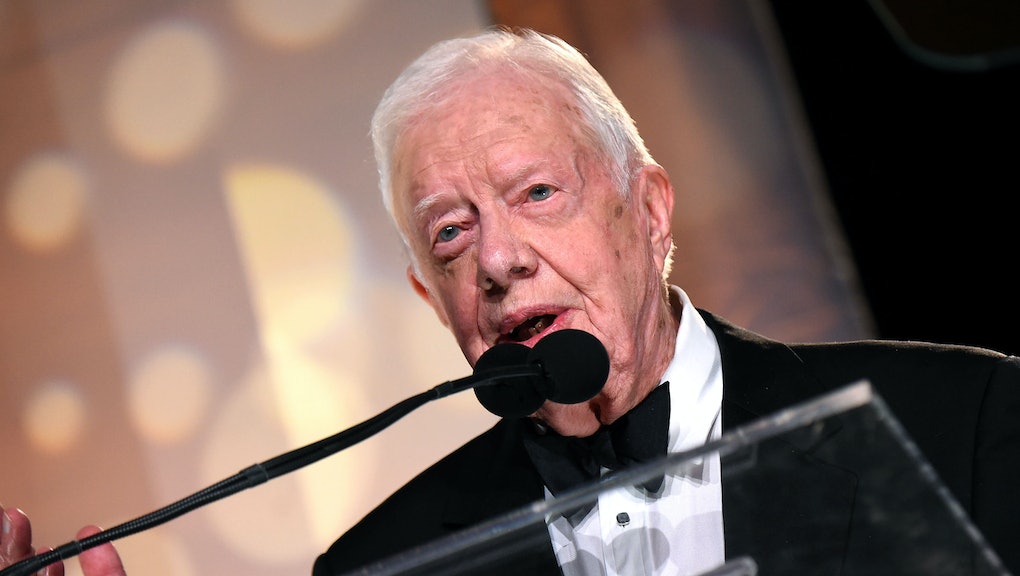 Carter made the announcement to a crowded Sunday School class he was teaching at Maranatha Baptist Church in Plains, Georgia, garnering a standing ovation from hundreds of people in the room. Carter is devoutly religious and continued to teach classes at the church even after news of his original cancer diagnosis had sunk in.

"My most recent MRI brain scan did not reveal any signs of the original cancer spots nor any new ones. I will continue to receive regular three-week immunotherapy treatments of pembrolizumab," Carter told CNN in a statement.

Carter has been receiving treatment since August for a stage IV malignant melanoma that spread to his liver and brain.

Once he learned that the cancer was in his brain, Carter said he thought he had only weeks to live. His treatment involved pembrolizumab, one of several new cancer-fighting drugs that work by strengthening the body's natural immune response to cancer.

If the former president is indeed cured, it would not be the first time Carter has made an incredible comeback.

His single presidential term from 1977 to 1981 left the impression that as a politician he was "inept and uninspiring, and voters rejected him in no uncertain terms," wrote the New York Times.

But his post-presidential career has been a storied one, including the founding of the Carter Center, charitable work for the Christian nonprofit Habitat for Humanity and several diplomatic missions. He visited North Korea twice, once in 1994 to help avert a nuclear crisis and again in 2010 to secure the release of American prisoner Aijalon Gomes.

A Quinnipiac University poll in November 2015 found Carter's post-presidential legacy has impressed many Americans. According to the poll, 40% of voters said Carter "has had the best post-presidency" of the last five presidents, beating out George W. Bush, Bill Clinton, George H.W. Bush and Ronald Reagan.