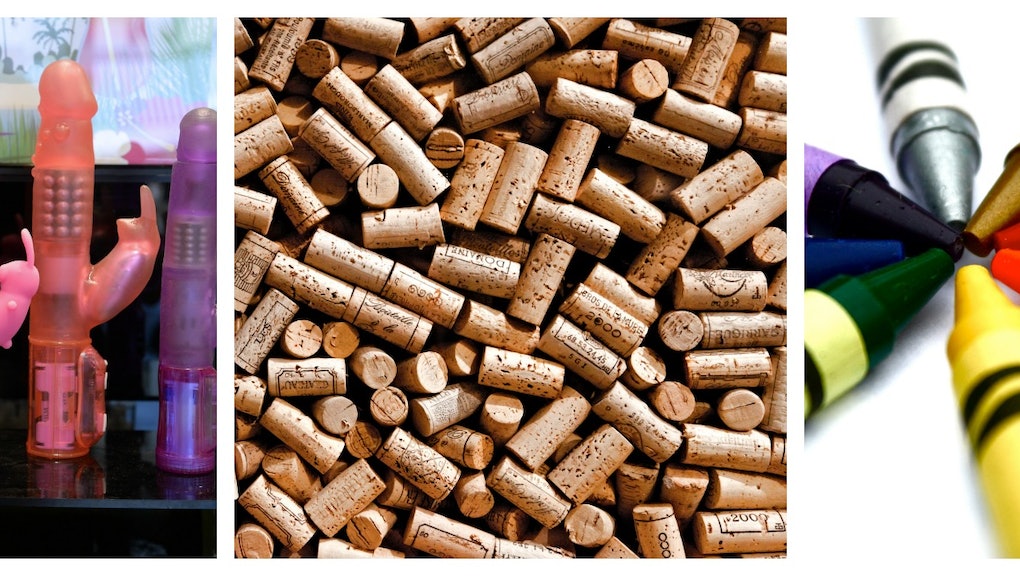 15 Surprising Things You Didn't Know You Could Recycle

The term "recycling" probably brings to mind soda cans, milk cartons, newspapers, water bottles, shopping bags and other kinds of plastic packaging. But it doesn't have to — in fact, there are a ton of other items that are recyclable that everybody just throws away.

Cosmetics, footwear, baby products, lighting, household equipment and art supplies can all be disposed of responsibly for future use. Some things may be a little trickier to get rid of than boxes and beer bottles, but the planet will thank you.

"Recycling is constantly evolving," Patrick Morgan, a recycling information specialist who works for Metro, the regional government of Portland, Oregon, told Mic in an email. "If at one point a material isn't recyclable, that doesn't mean that it won't be in the future. There are sports tracks made from the soles of old athletic shoes, there are companies that make insulation and furniture batting out of old clothing."

When your old running shoes get too worn out or you need a new pair, don't leave them sitting in the back of your closet. A number of different organizations, including Nike, Running Wild and the MORE Foundation, accept used sneakers for recycling and reuse.

Do you have burned out holiday lights after a particularly wild winter? Take them to Home Depot, which launched a recycling program for lights in 2014. If corporate giants aren't your cup of tea, plenty of other local groups also take donated lights.

Crayola alone produces 3 billion crayons per year, averaging 12 million per day — save them from a landfill and donate them to recycling programs like this one instead.

Because CFLs contain mercury — which can leak into the ground if the bulbs are not properly disposed of — the Environmental Protection Agency advises that consumers recycle the lights.

5. Toilets and other porcelain fixtures

Morgan told Mic that toilets and other porcelain fixtures are accepted by fill yards, which will crush them for use in sidewalks and roads. (He noted that they can often charge a fee, however.)

Corks make for pretty decorations (or notches in the alcoholic version of your metaphorical bedpost), but organizations like ReCORK collect them, grind them down and repurpose them for other consumer uses.

In November, Foxwoods Resort Casino in Connecticut launched a cigarette-butt recycling program, which collects cigarette waste from ashtrays and ships them to TerraCycle, a specialty recycling business based in New Jersey. The butts are then separated into their plastic, paper and tobacco parts. The latter two are composted, while the former is "melted into plastic pipettes that are cut into pellets, which can be resold," CT Now reports. One downside: TerraCycle partnered with tobacco company American Spirit to help fund the program.

TerraCycle doesn't just recycle cigarette butts, however — they take a whole range of different items, including those pesky red Solo Cups, which can be difficult to recycle. Next time you have a giant rager, ship your cups off to New Jersey instead of dumping them in your trash can.

'Tis the season... for old artificial Christmas trees to rot in the garage for years. While finding a location that will take your fake tree may be difficult — Morgan told Mic that "metal markets are very low right now, so this is not terribly reliable" — there are programs that will do it, like this one in Howard County, Maryland, and this one in El Paso County, Colorado.

Each year, people around the world throw away millions of tons of electronics, and much of it ends up rotting in landfills. Instead, take your electronics to certified waste facilities, where they're sorted, refurbished, resold and broken down for parts.

Sex toys are everywhere these days — just check out the shelves of your local Walgreens — but disposing of them is considerably more difficult than procuring them. Nerve did a deep dive into sex toy recycling in 2014, and there's good news: Although it's not the easiest thing to recycle, there are a number of companies that will take your used toys.

The little discs are made of polycarbonate and aluminum, which complicates the recycling process. Still, recycling is better than tossing them in a landfill: You can donate your old CD-ROMS at e-waste facilities like the ones mentioned above, but there are also specialty organizations that take just CDs.

Back in the day, women's stockings used to be made out of silk. Now they're usually made from nylon, which is less environmentally friendly, and typically takes roughly 30 to 40 years to decompose. Enter No Nonsense, a hosiery company that also takes used stockings and turns them into "park benches, running tracks, car insulation and playground equipment."

Diapers may be necessary, but the disposable kind also takes a whopping 450 years to break down. Considering American babies alone use up about 24 million diapers per year, that's a whole lot of waste. Luckily, there are alternatives: A Canadian company has come up with a way to strip "up to 98% of the plastic and fiber from [absorbent hygiene products] and [re-use] the material to make products such as roof tiles, plastic components, tubing and recycled paper," Fast Company reported in 2011.

If you're a makeup fiend, you know how little time it can take to cycle through a face's worth of products. Brands like MAC, Aveda and Origins all have recycling programs in place for responsible disposal.