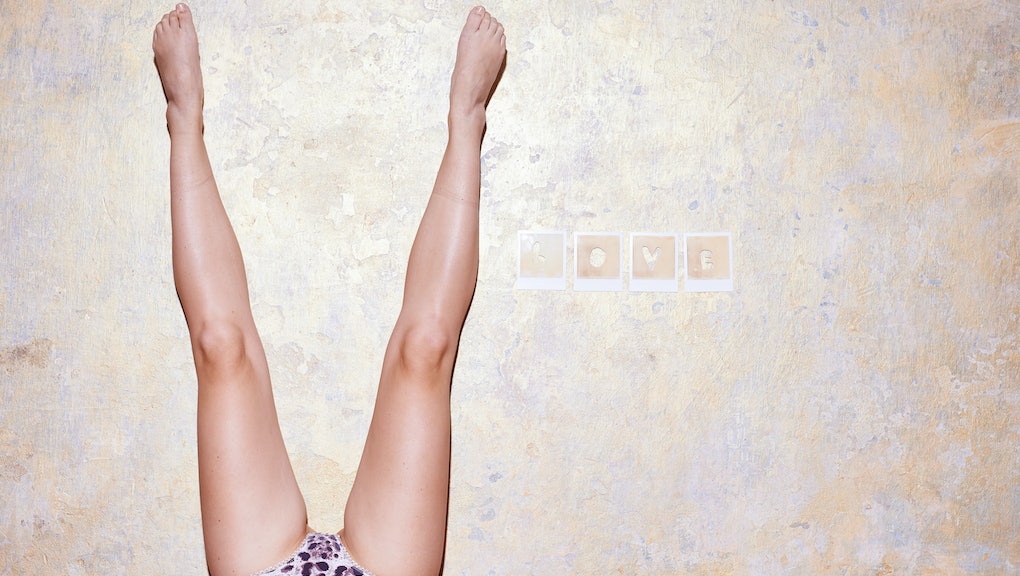 Meet the Women Who Are Crowdfunding Their Labiaplasty Surgeries

Ellie, a young woman from Kent, in the United Kingdom, says she feels "hugely uncomfortable and insecure." The reason? Her "larger than normal labia," according to her post on the plastic surgery crowdfunding website Get Cosmetic.

"Getting intimate with someone should be an exciting, enjoyable experience, but for me [it] has always been overshadowed by fear and self-disgust" over the appearance of her labia, Ellie wrote. "For years I have tried to convince myself that I'm fine and that I don't need the surgery, but I now know that no amount of reasoning or deliberating is going to give me the confidence that surgery can."

Ellie closes her post by asking for donations to her surgery, offering to send photos of the results to anyone who contributes to her campaign.

"A fresh, unopened rose bud": In a world where there's such a thing as a "vagina beauty pageant," it's not surprising that women would opt for plastic surgery to improve the appearance of their vaginas. Just as women struggle to accept any other body part, women worry about how they appear between their legs. Many opt for labiaplasty, a procedure that reduces the length of the labia minora to achieve the appearance of a trim, compact vulva, as is often seen in porn. The procedure is reportedly on the rise, with the Aesthetic Plastic Surgery group citing a 49% increase in requests for the procedure between 2013 and 2014, Mic reported recently.

It's also not surprising that women would turn to the Internet for help paying for their surgeries. Although websites like Kickstarter prohibit the exchange of items for donations, women on alternative crowdfunding websites like Get Cosmetic can post in the gynaecology section, offering to swap photos in exchange for labiaplasty surgery donations. (In an email to Mic, an Indiegogo rep said that while she had never heard of anyone crowdfunding for labiaplasty on the website, it would not be prohibited: "people regularly Indiegogo to raise money for various surgeries and you would be welcome to do the same.")

While primarily used for breast implants, the crowdfunding site My Free Implants also allows users to crowdfund for the surgery. MFI CEO and co-founder Jay Moore told Mic that the website has "funded 64 non-breast-related surgeries to date, including labiaplasty."

At Get Cosmetic, users post in the hopes that strangers will help them in their quests to fund the intimate surgery. Some work in the adult industry, while others purport to simply be looking to beautify their private parts, whether as part of an overall makeover, to feel better about their bodies or in response to a breakup.

One U.S. user, whose photos show her from the neck down in a pink bikini and black high heels, headlines her crowdfunding campaign "New Pretty Pussy!" In her ad, she says she needs $8,000 for a labia minora reduction and clitoral hood lift.

"Just got out of a very unhealthy relationship and am now ready to begin a new sexy chapter of my life with a new pretty pink pussy to go with it," she writes.

Another Get Cosmetic user, a mother of two based in South Carolina, wrote that she felt "unwanted and disgusting" after finding out her boyfriend of five years had been chatting with another woman. "I want a tummy tuck to get rid of this extra skin, a breast lift, a fat ass and a pretty pussy," she states in her ad, promising "pics for everyone who helps me."

One woman, Alissa*, is a single mom who works as a stripper and webcam model. As she told Mic, she turned to Get Cosmetic to raise labiaplasty funds after she "came across this funding site and thought 'Why not?'" (She has subsequently deleted her ad.)

Alissa went on the website to raise money for several surgeries at once, including a nose job and breast implants. She explained that while the breast enhancement and nose job surgeries were "things I would like to have done to make myself happy," the labiaplasty was intended as a confidence booster as well as a career investment.

"The more private operation I would like is, dare I say it, because I am uncomfortable with the aesthetics of the area and... I don't have confidence because of it. Especially as the 'career path' I have chosen for the next few years is very dependent on the appearance of areas that may not be of any issue in other industries," she told Mic. "I am not well off, but I am better off than working the 9 to 5 and most definitely do not have the disposable income to purchase surgery myself."

A costly procedure, in more ways than one: Labiaplasty isn't cheap. According to Miles Berry, a U.K.-based plastic surgeon with Cosmetic Surgery Partners, who told Mic he has performed over 100 labiaplasties, the average cost of the surgery is between £3,500 and £4,500, or approximately $5,272 to $6,778.

In most cases, labiaplasty isn't covered by insurance, particularly if it's done for purely aesthetic reasons. While women who have labial hypertrophy (the medical term for oversized labia) could qualify for insurance coverage if their labia cause medical issues, such as "recurrent infections and irritation," most of the women on Get Cosmetic do not appear to fall into that category, instead citing low self-esteem issues as the primary motivation for wanting the surgery.

While little research has been done in the field of vaginal cosmetic surgery, Berry told Mic that women seeking labiaplasty are evenly split between those doing so for "functional" reasons and those doing it to enhance their appearance. "Asymmetry is a perhaps [a] surprisingly common concern," he said.

According to a 2005 study in the International Journal of Obstetrics and Gynecology, women's concerns over having longer or more asymmetrical labia than "normal" might be totally unfounded. The study found that "there is far greater diversity than previously documented relating to labial and clitoral size," thus proving that there might not be such a thing as having "normal" labia at all.

Another study, by Brook McFadden, who specializes in female pelvic medicine and reconstructive surgery at Ohio State University's Women's Sexual Health Clinic, supported these results, concluding that there is "a statistically significant difference between the left and the right labia minora," she told Women's Health last year. This variation "shows that it's normal if yours are different sizes," she said.

A potentially dangerous fad: While aesthetic labiaplasty might be on the rise (a recent New York Post article even quoted a doctor saying women are increasingly getting the surgery as a way to look good in tight-fitting yoga pants), there are risks associated with the surgery, such as bleeding, scarring and loss of sensitivity.

Get Cosmetic does not offer medical advice to its users, but simply facilitates the process of getting donations. The website's instructions page provides guidelines on how to set up a Paypal account and interact with donors. Beyond that, however, the website doesn't appear to offer many medical resources to guide users in the process, raising the question of whether women are informed of such risks.

There's also the obvious question of whether women should pay thousands of dollars to adhere to unrealistic vaginal beauty standards, particularly when research shows that there doesn't seem to be such a thing as a "normal" vagina.

Emma, the founder of the website Large Labia Project, a body-positive Tumblr blog that "aims to show that vulvas and labia of any size, shape, texture and coloration are normal and beautiful," has a warning for those using crowdfunding to pay for labiaplasty purely for cosmetic reasons.

"I have nothing against using crowdfunding for worthy causes, and I've used it myself before. But labiaplasty for cosmetic reasons doesn't fit into that category," Emma told Mic. "At best the people who are raising money this way are misguided and would be better putting it towards getting psychological counseling."

Emma strongly encouraged women looking to anonymous donors to make their dreams of a "normal" or "perfect" vulva come true to get the advice of an expert first.

"Before going ahead with any cosmetic surgical procedure, seek out an independent consultation with a counselor, therapist or psychologist who specializes in body image issues," Emma said. "[Don't] risk the expense, pain, chance of complications and loss of sexual sensation to try to fit some unrealistic body image standard. Spend your money on a nice holiday instead."

*First names have been changed to allow sources to speak freely on private matters.