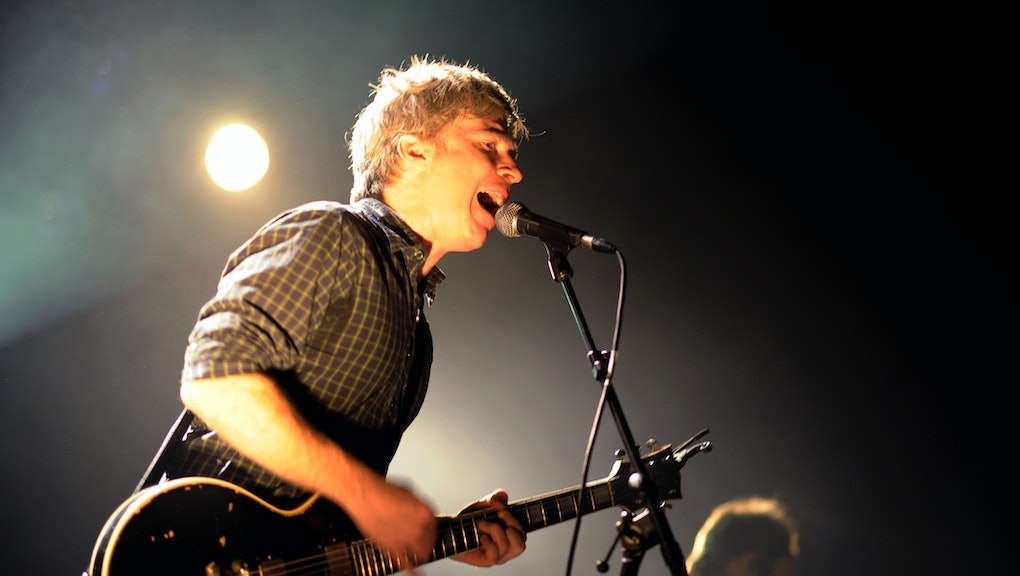 Nada Surf Have a New Album, 'You Know Who You Are.' This Is What We Know About It.

Veteran alt rock band Nada Surf is returning to the scene with their seventh LP, You Know Who You Are, on March 4, according to a Wednesday post on the band's website. It will be the first album released by the current lineup — Matthew Caws, Ira Elliot, Dave Gillard and Daniel Lorca — BrooklynVegan reported.

"With every Nada Surf record, we just want you to keep coming back to it," Drummer Ira Elliot told the Village Voice. "And sing with it in the shower forever and ever." With the album, the band also wants a "major roll-out, the kind of which we haven't seen in 10 years," he added.

The album was produced by Tom Beaujour with Nuthouse Recording, Diffuser.fm reported.

The new album will be available for purchase via iTunes. Here's the album's track list, via the Four Oh Five:

Released single: On Wednesday, Nada Surf released a single, "Believe You're Mine," off the 10-song album. according to Stereogum.

Last album: The Stars Are Indifferent to Astronomy, the group's last album — when the band was sans Gillard — dropped back in 2012, via NPR. The band members were in their early 40s at the time. They went on tour that year, according to label Barsuk Records.

New tour: A North American and European tour starting in Sweden will accompany the album beginning spring 2016. The first round of dates have been released.

Tickets can be purchased on the band's site, with the tour dates posted below: