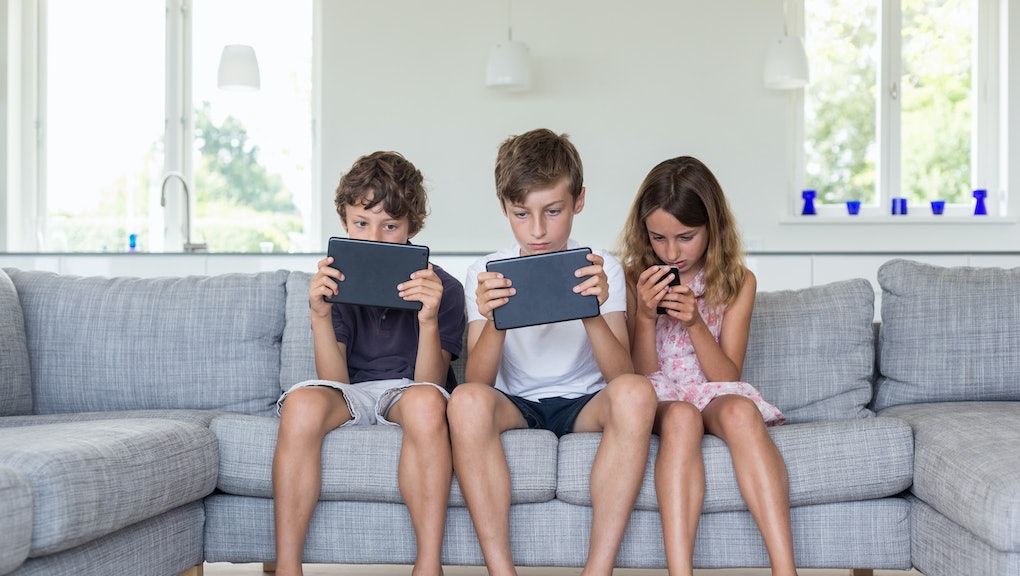 "Millennials" isn't inherently a bad name for a generation — it simply represents the time period in which they came of age. Only recently has the term been slandered and sullied by older generations obsessed with using Gen Y as a scapegoat for their anxieties over technological change and shifts in cultural attitudes.

So what are we supposed to call the generation that comes after? You know, the ones who never knew life before touch screens and ubiquitous high-speed Wi-Fi. The generation that exclaimed "Who?" when Osama bin Laden was proclaimed dead.

MTV, the arbiter of taste for Generation X, has decided on a name for those born between the late '90s and now: the Founders.

The idea behind the "Founders" is that the world has been broken apart by the previous generation — millennials — and that it'll be up to Gen Z to build it up again.

MTV President Sean Atkins says the name acknowledges that while millennials have disrupted society, it's this new generation's job to rebuild it. "They have this self-awareness that systems have been broken," he told Time ahead of the announcement. "But they can't be the generation that says we'll break it even more."

Just how accurate is this not-so-subtle shade thrown at Gen Y? Did millennials really break society to the point that today's teens need to swoop in and save it?

The first problem here is that Atkins' argument is fundamentally flawed. No generation is defined by the success of its tech giants and disruption is not a cultural value specific to one age group. The "move fast and break things" philosophy common in Silicon Valley was spearheaded by founders like Amazon's Jeff Bezos in the '90s before it was adopted by Mark Zuckerberg as a Facebook motto. Even so, you'd be hard-pressed to find millennials who claim young entrepreneurs like Zuck or Snapchat's Evan Spiegel represent their generation.

In the same way that Silicon Valley tech toys encourage children to come up with "the next billion-dollar idea," labeling a generation as founders treats growth-at-scale entrepreneurism as preferential to activism, public service and service in general.

It's the next step in the special-snowflake narrative older generations hated in the first place, and it puts more nobility in ownership than actually doing maintenance and contributing to a greater good.

The subtext is that everyone should strive to become the CEO, the founder, the 1%. It puts more nobility in everyone-for-themselves success than in hands-on service and contributing to a greater good. It pushes the same "everyone's a special snowflake" narrative older generations hated in the first place.

The idea that millennials have broken the world and that the new generation needs to go off and make some tech products to fix it is insufficient for a world with growing income inequality, systemic racism and an incumbent elite. There's still so much that deserves to be broken.