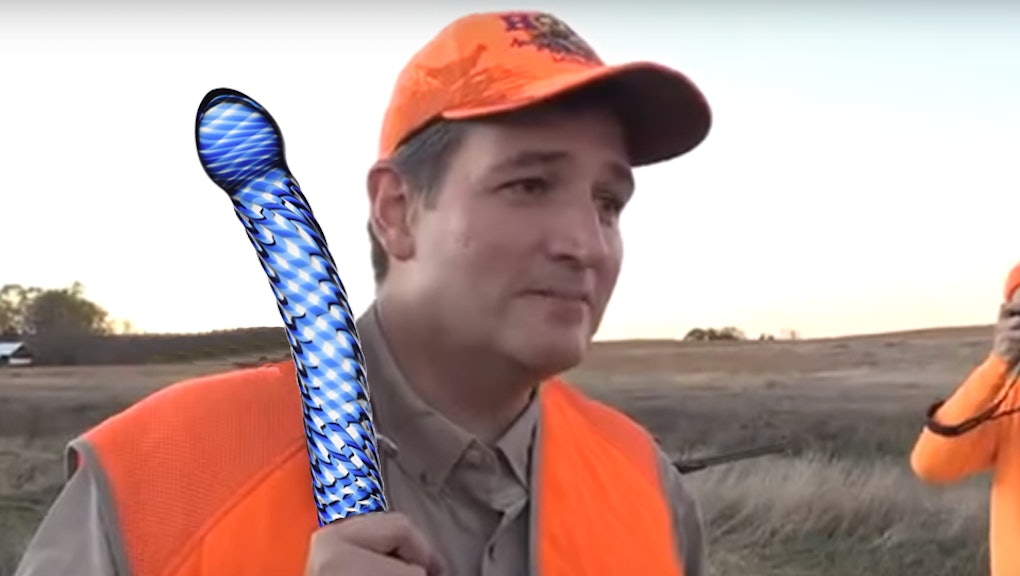 Haughey joked on Twitter that this is his "obvious ploy to earn a MacArthur Genius Grant."

In another tweet on Saturday, Haughey asked his Twitter followers to send him pictures of "candidates trying to look tough with their guns."

Apparently, that wasn't a tall order. Here are some of the edited images:

Haughey promised on Twitter that he'll live stream the process next time so everyone can see how he makes the images. The Wednesday shooting in San Bernardino, California, that killed 14 and injured 21, was the 355th mass shooting of this year and reignited the debate for stricter gun control.