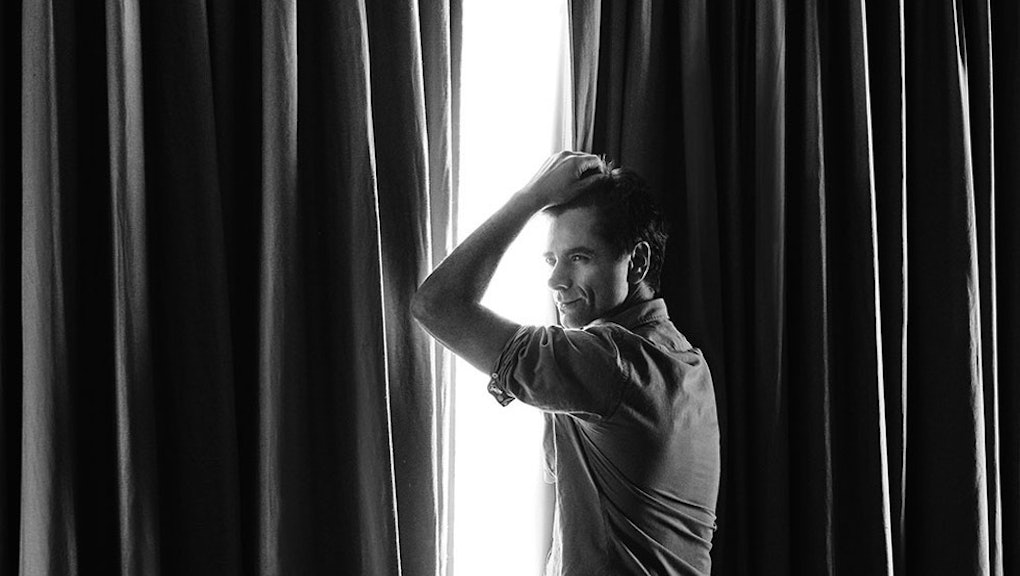 Let Us Marvel at the Elegant, Timeless Beauty That Is John Stamos's Butt

Today in "things that look really great," we have the ass of John Stamos. The 52-year-old stud got his Winnie the Pooh on during a photo shoot for Paper magazine, posing by a window wearing nothing but a shirt.

It turns out Uncle Jesse's butt is a really, really good butt.

In an accompanying interview, Stamos told the magazine that the pantsless stunt is the "craziest thing he's done all year." Later, when asked what he likes to do when he wants attention, he says, "Pose for Paper."

And our attention he has, indeed.

Here's the photo again, except bigger:

Stamos' butt stunt is a refreshing reversal of the typical nude photo shoot you might find in magazines, which typically only feature women in the buff. Paper in particular was home to one of the most viral instances of female nudity when Kim Kardashian famously broke the Internet last year with her own butt-centric photo opp. Demi Lovato, Miley Cyrus and Amy Schumer also famously stripped down for magazines this year.

Male nudity, on the other hand, isn't nearly as commonplace in our culture. As many critics of HBO's Game of Thrones have pointed out, the TV show frequently features female actors getting naked AF, yet men are rarely depicted in the buff. Actor Kevin Bacon recently appealed to male actors to correct this double standard in a cheeky little video for Mashable, in which he implored men to free their wangs onscreen.

So it's refreshing to see Stamos buck such conventions and set his ass free in this new photo shoot. And it doesn't hurt that his butt is, again, very pleasing to look at.

In conclusion, here are five Uncle Jesse "Have Mercy!" GIFs: