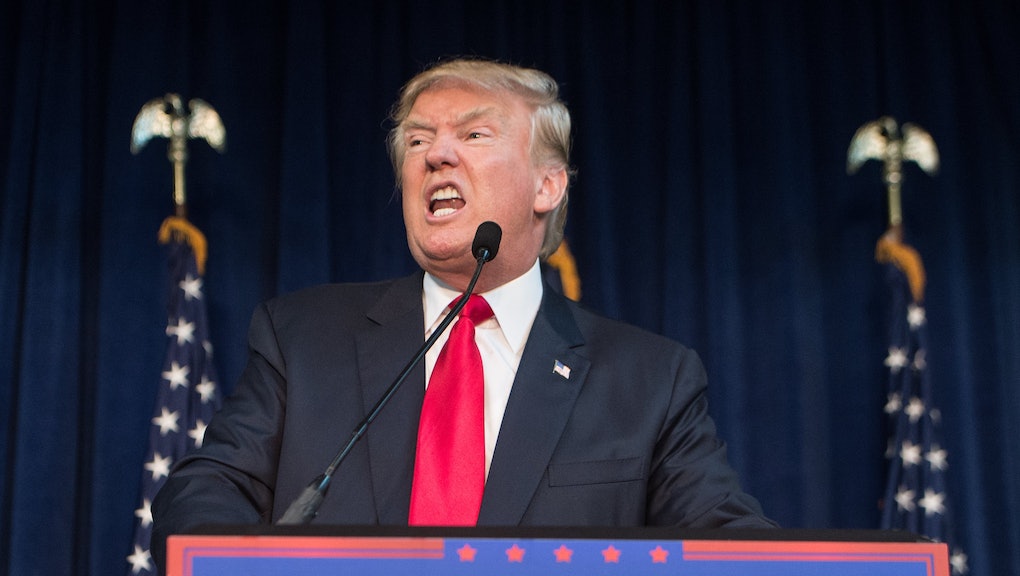 On the 74th anniversary of the attack that drew the United States into a world war against fascism, Donald Trump, the billionaire front-runner for the Republican presidential nomination, called for a "total and complete shutdown" of all Muslims entering the country. Even for a candidate defined by his ability to shrug off controversies that would have doomed any other campaign, the proposal drew sharp and swift condemnations and open speculation as to whether Trump, at long last, had gone too far.

Some of Trump's political opponents, however, were more outraged than others.

The speed and vehemence of Republican presidential candidates' negative reaction to Trump's proposal appeared to be inversely proportional to their current standing in national polls. While presidential hopefuls with little to lose and much to gain have lashed out at Trump's proposal as unfeasible at best and xenophobic at worst, candidates who trail Trump more closely in the race for the Republican nomination were more reserved in their criticism of the policy.

Sen. Marco Rubio (R-Fla.) tweeted that he "disagree[d]" with the proposal; Sen. Ted Cruz (R-Texas), who has largely held back direct condemnation of Trump, merely noted that banning all Muslims from entering the U.S. from abroad "is not my policy."

Unqualified denunciations of Trump's proposal could only be found in the second and third tiers of the historically wide field of would-be nominees. Former Florida Gov. Jeb Bush, whose lagging campaign has never recovered its lead since Trump announced his candidacy in June, called Trump "unhinged." Ohio Gov. John Kasich, who has pinned his electoral hopes on lambasting Trump at every opportunity, called the statement "just more of the outrageous divisiveness that characterizes [Trump's] every breath." Sen. Lindsey Graham (R-S.C.), armed with arguably the most comprehensive background in foreign policy, and poll numbers so low as to be nearly immeasurable, told the Washington Post that Trump's latest statement "has taken xenophobia and religious bigotry to a new level."

Hands off Trump: For members of a party that has hung its hat on the primacy of religious freedom for American Christians, the candidate's proposal, released hours after a Monmouth University survey of Iowa Republicans showed that Trump had lost his once-commanding lead in the state, should be an easy target for derision and dismissal. But as the unpredictable real estate magnate has demonstrated time and again, engaging in a public feud with Trump can be a dangerous proposition.

"You have to deal with Trump berating you every day of the week," a Republican strategist told the New York Times last week. Add in his vocal voter base, for whom Trump's politician-for-people-who-hate-politicians shtick will never be too much, and the prospect of alienating nearly a third of Republican primary voters becomes a cure that's worse than the disease.

But the Republican Party's waiting game for Trump's seemingly inevitable implosion may be as risky for the party's electoral future as facing down the candidate head-on. Trump, as disruptive a force within the Republican Party as Airbnb is in the hotel business, is viewed negatively by nearly two in three Americans. Fifty-eight percent of U.S. adults say that Trump has damaged the GOP's reputation, including 40% of Republicans.