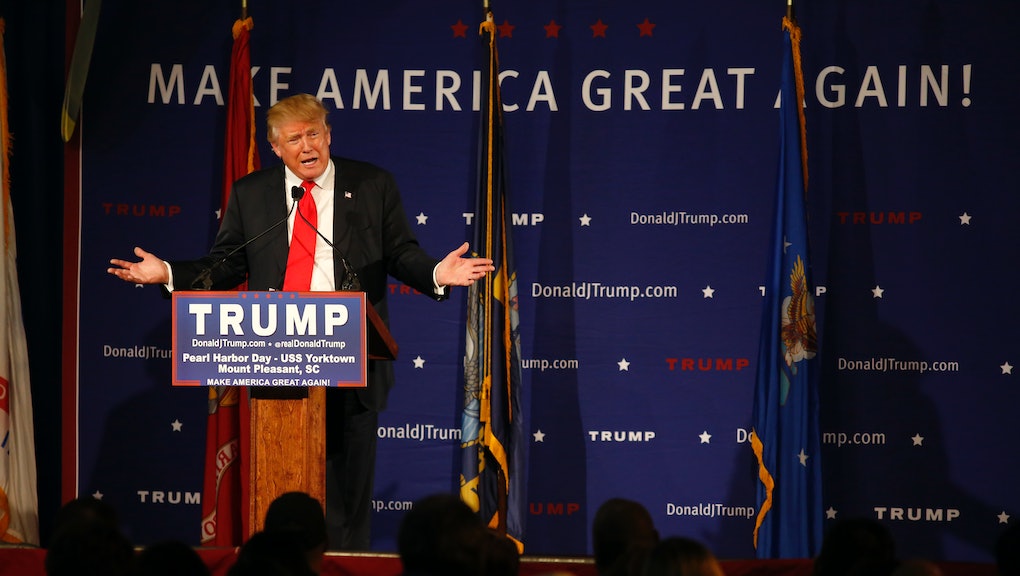 Donald Trump is worried about the way ISIS recruits on social media. It's a fair concern — Twitter and other social media networks are prime territory for jihadists to spread propaganda to Westerners.

Trump's proposal? Close up the Internet.

"We're losing a lot of people because of the Internet," Trump said Monday. "We have to see Bill Gates and a lot of different people who really understand what's happening and maybe, in some ways, closing that Internet up in some ways."

It's unclear what he wants Microsoft co-founder Bill Gates to do about the Internet. Microsoft has relatively little to do with communications and Internet infrastructure. With Gates or without him, Trump wants the Internet ISIS-free, even if that means shuttering it up for good.

The Islamic State group's online presence is a problem: Whenever there is terrorism, there are renewed conversations about surveillance, communications and how to stem the tide of propaganda. Hacktivist factions have galvanized around attacking and infiltrating ISIS, and Paris has begun proposing overbearing legislation that would ban the Tor network and crack down on public WiFi use.

"We have to see Bill Gates and a lot of different people who really understand what's happening and maybe, in some ways, closing that Internet up in some ways."

The threat of terrorism and how it organizes online has reopened the discussion around encryption, with politicians on both sides of the isle joining law enforcement officials in asking Silicon Valley to weaken encryption standards, while tech leaders say it isn't feasible.

After all, the most recent series of ISIS attacks allegedly weren't planned using encryption in the first place. All of these questions are pertinent and the proposed solutions from top legislators are insufficient. Still, asking for reduced encryption makes more sense than asking for some kind of Internet shut-off.