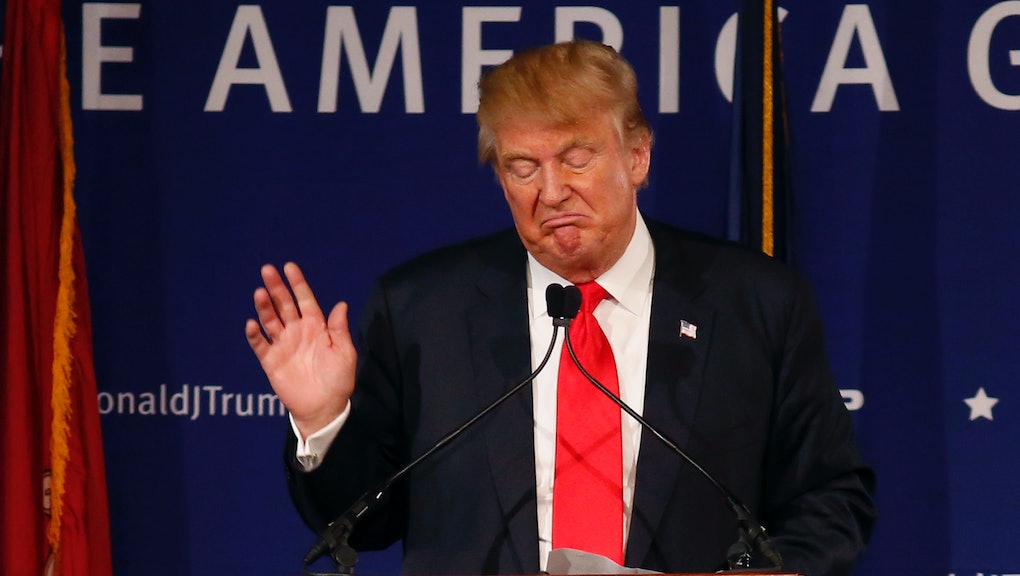 Republican presidential candidate Donald Trump released a statement Monday calling for a "total and complete shutdown of Muslims entering the United States" as part of his anti-terrorism campaign. The statement followed the recent San Bernardino, California, and Paris terror attacks, which were perpetrated by extremists with ties to the Islamic State group, or ISIS.

Promising to "make America great again," Trump said "large segments of the Muslim population" have a great and undetermined hatred toward Americans, and pose a threat, especially to women.

Stephanie Marshall provided a comment from the Ben Carson campaign, via Gawker, saying, "Everyone visiting our country should register and be monitored during their stay as is done in many countries. We do not and would not advocate being selective on one's religion."

In a recent interview on the Michael Medved radio show, New Jersey Gov. Chris Christie was asked about Trump's statement. "Again, this is the kind of thing that people say when they have no experience and don't know what they're talking about," Christie said, according to the Hill.  "We do not need to endorse this type of activity, nor should we." Christie suggested to instead cooperate with Muslim Americans as intelligence sources. Later, he called Trump's ban unproductive.