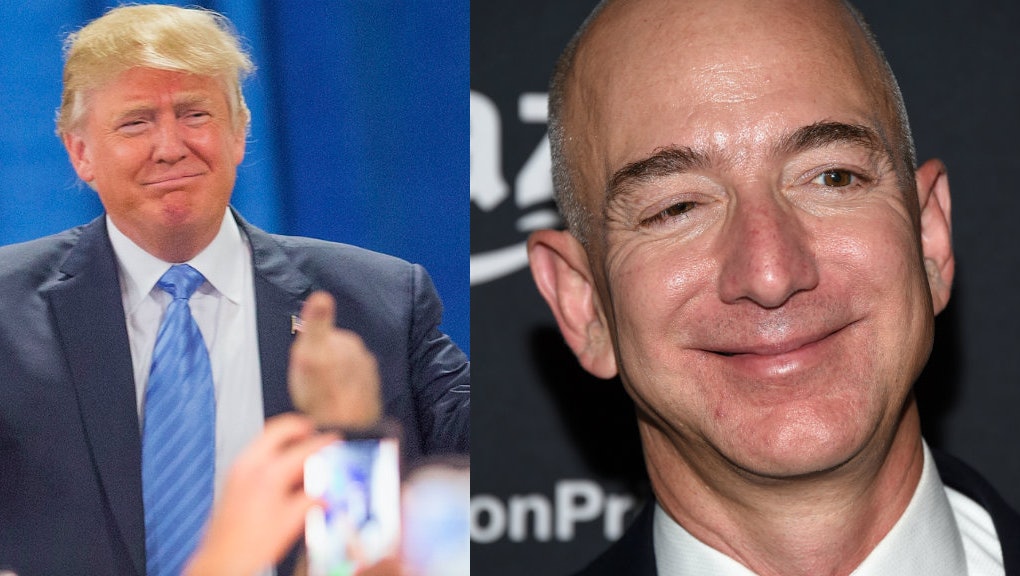 Donald Trump hates the media. Trump hates other rich and powerful people who think he's a moron. But Amazon founder Jeff Bezos occupies a special place in Trump's ire. Not only is Bezos a bleeding-heart Silicon Valley tech founder, but he owns the Washington Post — which makes him a media mogul of his own. To Trump, Bezos occupies a sweet space between those two loathed groups of people.

Trump lashed out at Bezos on Monday morning, calling him a shoddy business leader who owns two businesses that don't profit.

Never mind Trump properties' many bankruptcies. Never mind Trump's admitted use of financial devices in order to manipulate his assets. He is right about one thing: Amazon has gone years without making a profit, because Bezos is wreaking havoc on the retail and shipping industries in the name of innovation. Investors are just fine with this.

Bezos, always a man who appreciates humor, basked in the recognition of finally receiving one of Trump's many attempted digital smackdowns, and gave his own response:

That hashtag proposing we #sendDonaldtospace has inspired others to send Trump their own bon voyages, suggesting that the Republican presidential candidate shoot for the moon and land among the stars.

Bezos' net worth is estimated to be close to $50 billion, which by some measures is anywhere from five to 10 times the net worth of Trump.