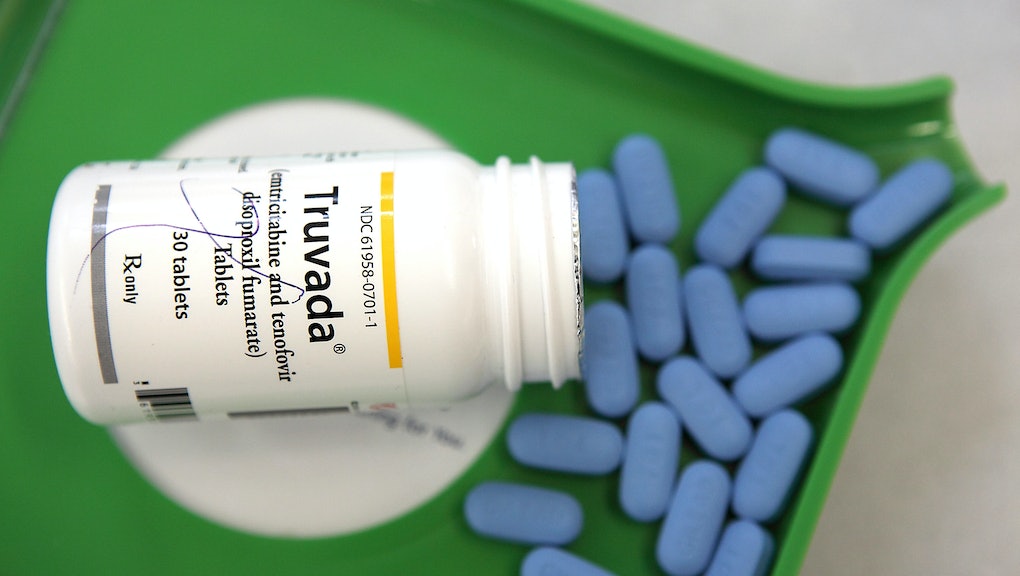 HIV News: Statistics Show a Sharp Decline in HIV Diagnoses in Past Decade, With One Caveat

More than 1.2 million people in the United States are HIV positive, according to the Centers for Disease Control and Prevention. However, the health agency said in a statement on Sunday that overall number of new HIV cases annually fell by 19% between 2005 and 2014. That's good news — with one caveat.

While intravenous drug users, heterosexuals and African Americans — women in particular — have seen fewer diagnoses over the past decade, "for gay and bisexual men, trends over the decade have varied by race and ethnicity," the CDC said. For some groups, HIV rates have been on the rise.

"Although we are encouraged by the recent slowing of the epidemic among black gay and bisexual men — especially young men — they continue to face a disproportionately high HIV burden, and we must address it," Jonathan Mermin — director of the CDC's National Center for HIV/AIDS, Viral Hepatitis, STD and TB Prevention — said in the statement. "Much more must be done to reduce new infections and to reverse the increases among Latino men. There is hope that the National HIV/AIDS Strategy and other efforts are beginning to pay off, but we can't rest until we see equal gains for all races and risk groups."

The race skew: The racial skew in HIV infection rates isn't a new trend, and it begs to be reversed. "Health disparities have turned HIV from an infection into an injustice," Mermin told BuzzFeed.  The question becomes: What is the U.S. doing to correct the injustice?

In July, the White House released an update to President Barack Obama's 2010 National HIV/AIDS Strategy for the United States, which takes the plan through 2020. The plan lays out four goals: Lower the number of new HIV infections; increase access to treatment for people living with HIV, so they can better manage it; reduce "HIV-related disparities and health inequities"; and improve coordination between government programs and research initiatives. It involves identifying and targeting high-risk populations, improving HIV education as a means of preventing infection, implementing resources in communities in need and reducing the stigma attached to HIV.

The CDC said HIV testing is one of the best ways to stop the disease's spread, recommending that everyone ages 13 to 64 get tested once at a minimum and that "at risk" individuals get tested annually. Once an individual knows he or she is HIV positive, that person should pursue treatment methods, such as antiretroviral medications, to reduce their chances of passing the disease on. For people who have been exposed to the virus, too, the immediate use of antiretrovirals can lower the likelihood of infection (post-exposure prophylaxis, or PEP).

Here's what's on the market. Far and away the most groundbreaking treatment method is PrEP, pre-exposure prophylaxis, a pill that — when taken daily by HIV-negative patients —  can lower the risk of infection by up to 92% "for those who took the medicines consistently," according to the CDC.

"Modeling estimates that, globally, 20 to 25% reductions in HIV incidence among men who have sex with men could be achieved through pre-exposure prophylaxis, averting up to 1 million new infections among this group over 10 years," the World Health Organization said last year.

According to the Verge, the CDC believes PrEP should be taken by 1 in 4 sexually active gay men and 1 in 5 intravenous drug users, far more than the 21,000 people taking the prevention pill Truvada as of the November article.

According to NPR, it's this option that many Latino men aren't pursuing, citing a study of gay Latino couples living in New York City. "Thirty-seven of the 40 people had never heard about PrEP when interviewed last year," NPR reported, identifying stigma as the biggest reason for silence on the subject in a December story on Truvada. "There's a lot of fear and stigma still around talking openly about sex and their identity," Richard Zaldivar, head of Los Angeles nonprofit The Wall Las Memorias, told NPR of the aversion to PrEP within the gay and bisexual Latino community. "So if they're not at that point, it's hard for someone to ... tell the doctor, hey I need [PrEP], because I'm an active sexual player."

Cost still a barrier: Another factor was the steep price of the medication, which NPR put at $1,300 for a month's supply.

"We have the tools to stop HIV right now," said Eugene McCray, director of CDC's division of HIV/AIDS prevention, in Sunday's press release. "We urgently need to accelerate access to testing, treatment, and new biomedical prevention strategies so that everyone can protect themselves and their partners." Going forward, it seems the best thing we can do is to make sure everyone — patients and medical professionals alike — know what those tools are.