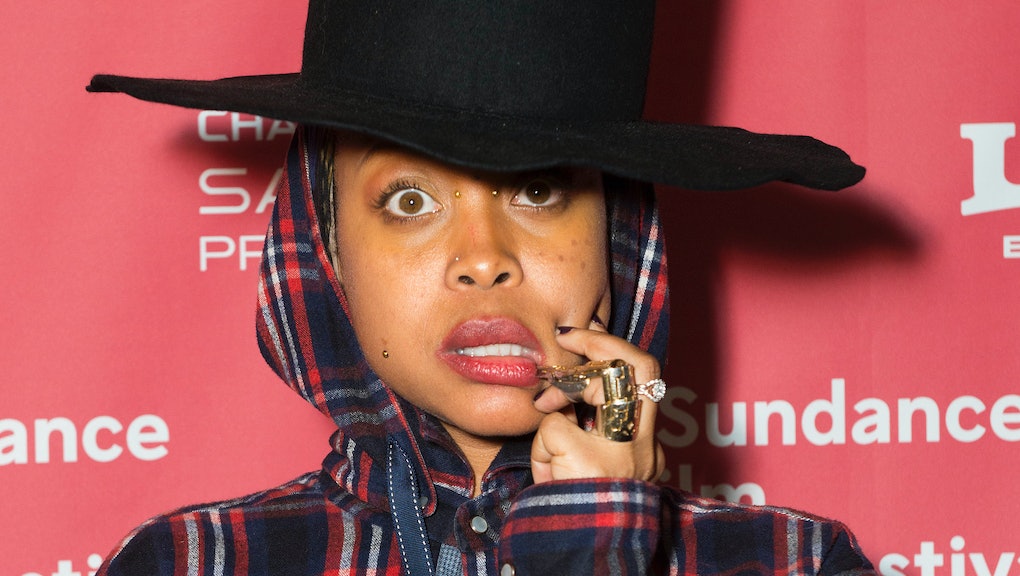 Erykah Badu Apologizes to Iggy Azalea for Soul Train Diss, But Actually She Doesn't At All

Erykah Badu is apologizing for comments she made about Iggy Azalea while hosting the 2015 Soul Train Awards. The R&B powerhouse decided to clear the air in pure Ms. Badu fashion during a Twitter Q&A on Monday.

After a Twitter user by the name of Cindy asked Badu, "why you do Iggy like that," Badu offered this candid response: "Yeah, you know what, I wanna do this for my daughters. I wanna apologize to Iggy Azalea because she's one of their favorite artists, and they listen to her all the time, and it's for them."

"But when I really think about it, I mean, if y'all love her so much why don't y'all go be with her then?" Badu continued, her face becoming serious as she stared into the camera. "Go on, be with her, y'all! ... Is Iggy Azalea gonna miss the healing seminar to go up to the school, sit across from the teacher so she can tell you that all y'all been doing is talking to your neighbor, not giving your lesson? Is she?" She asked. "Where's Iggy for that?"

Badu's comments toward Azalea became the controversial highlight of the awards show when she pretended to pick up a phone call from the Australian artist, saying into the microphone, "What you're doing is definitely not rap." Azalea seemed to brush off the joke on Dec. 1, writing on Twitter, "Hi guys I know it's been a while. We are days from 2016, but i came online today and saw it's still cool to try and discredit my 2014 accomplishments. LOL, fucking hell."

"Seems exhausting," Azalea continued. "Anyway - Ive been enjoying the holiday season and i hope you all have too."

Badu, who is currently promoting her latest mixtape But You Cain't Use My Phone, certainly wasn't the first artist to publicly diss Azalea.

New York rapper Azealia Banks has taken Iggy to task several times, and called her out after she delivered a tone-deaf response to the Eric Garner decision: "It's funny to see people like Igloo Australia silent when these things happen...Black Culture is cool, but black issues sure aren't huh?"