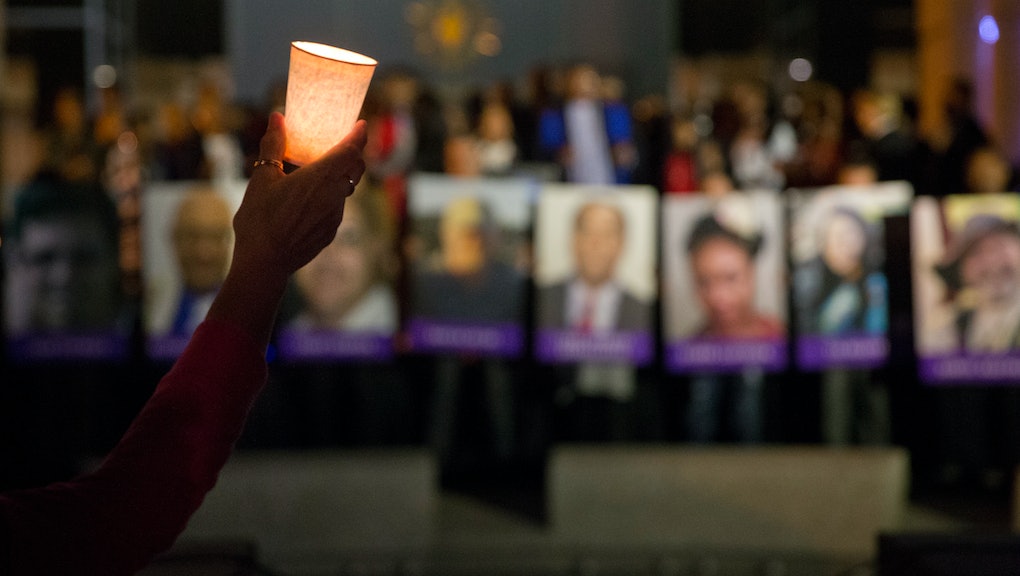 This Man Has Raised More Than $150,000 From Muslims for San Bernardino Victims' Families

Faisal Qazi has just broken a record — and made a vital point.

On Thursday, one day after Syed Farook and Tashfeen Malik opened fire on a San Bernardino health facility which left 14 dead and 21 wounded, Qazi launched a campaign to raise money for the shooting victims.

Hosted by LaunchGood, a site that offers crowdfunding services to "incredible Muslims worldwide," Qazi's initiative has become the fastest-growing fundraiser the site has ever seen, according to a press release. In just 48 hours, it exceeded the original goal of $50,000, and, as of 5:10 p.m. Eastern, has raised more than $150,000.

For Qazi, a neurologist with a practice in Pomona, California, the massacre quite literally hit home. "I know a number of families who get services for their kids who are special needs [at the Inland Regional Center]. My stress the entire morning was, 'Could this be be one of our kids?'" he told Mic.

He used his role as president of Southern California nonprofit MiNDS to take action. Once news of the shooting reached them, MiNDS — which focuses on issues related to medical care and mental health awareness — began organizing a small-scale fundraiser in a display of community solidarity. Then it came out that the shooters were Muslims.

"This changed the equation," Qazi explained, "and we were concerned about the potential backlash ... Local religious Muslim scholars called me personally and urged us to expand the campaign. We wanted to make sure that something got done to care for these families."

Qazi pointed out that LaunchGood hosted a campaign to fund the rebuilding of black churches in the South, following July's massacre at a Charleston, North Carolina church. But he says the even more staggering response to MiNDS' San Bernardino initiative makes a particularly powerful statement about the Muslim community and where it is headed.

"I'm hearing more and more from younger second-generation Muslims who are pleased [with the campaign] ... They're saying, 'Finally some action,'" he said. Though many of them are fresh out of college, some no doubt saddled with debt, Qazi says their contributions make up a substantial portion of the total donations.

The impact of the shooting has sent shockwaves through Muslim communities across the U.S., which are facing a rise in Islamaphobia. "It's hard having to explain our values time and again," said Qazi.

"It's hard having to explain our values time and again."

"Yesterday I walked into the doctor's lounge and one elderly Caucasian surgeon was upset and his first comment to me was, 'Trump is right; we should deport all Muslims,'" Qazi recounted. "The sad part about this is that if somebody doesn't know you — or it's not your workplace, home or neighborhood — then it's something you deal with. It really hurts when it comes from within."

But Qazi won't be discouraged. The overwhelming support his team receives is enough to keep him motivated. "I know my work and my team's work has social impact and it comes with a lot of support and goodwill from good-natured people around us."